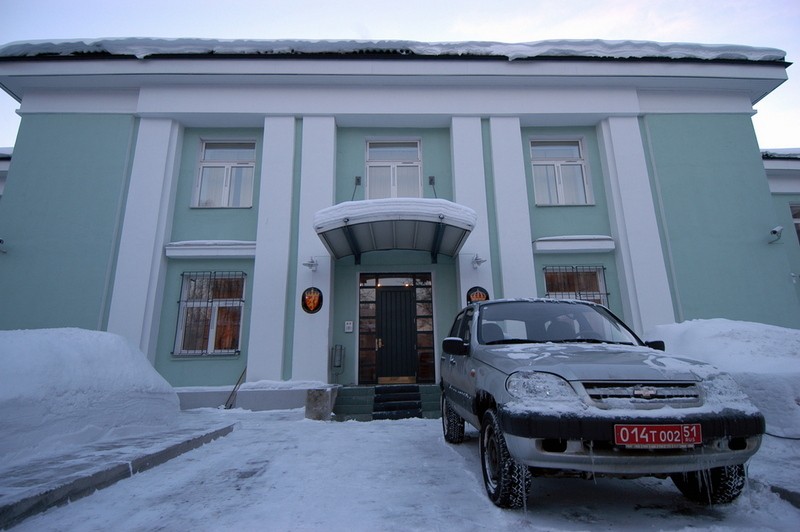 In 2014, Statsbygg, the Norwegian government’s agency for construction and property affairs, spent millions on renovating the building where the diplomatic mission since 1996 had facilitated Norwegian-Russian cross-border cooperation in the north.

Art from Norway was bought, the garden was restored, the facade rehabilitated and the interior overhauled.

A year ago, though, the Consulate General had to move out as the leasing agreement with regional authorities in Murmansk was not renewed. The Norwegians were told already in 2013 that the rent would expire by 2019.

The green-colored building, originally a school and one of the few houses surviving the second world war, is one of the most attractive premises near the city center. Murmansk regional Duma is across the street, the Governor’s office is a stone throw away and some of the best-known business hotels are within a five minutes walk.

While the Norwegian diplomats have moved to a temporary location on the sixth floor of an office building up the hill, the fashionable old building on Sofia Perovskaya Street is now facilitating numerous technologies serving the population of Russia’s Arctic capital, including online monitoring of utilities, complains from citizens about poor performance of management companies, information board for tourism spots and transport systems.

On Friday, regional authorities in Murmansk gave media a brief look into what now is named the Regional Management Centre.

Big Brother is coming to town

“It improves the efficiency of law enforcement,” she added.

“With its help, you can control security, both in a separate municipality and throughout the entire region,” Demchenko explained.

The computer vision-based video management system allows to analyze the video stream from all connected cameras and recognize people in the frame, comparing them with loaded databases. This can also be done retroactively by playing back and analyze events. Or, you can search for a specific person, when you select one in the recognized images.

With facial recognition, the software system can match a photo of a person on the street against a database to identify the person.

The system can show all the movements by this person from he came into the first camera and further by viewing other cameras, the Ministry of digital development of the Murmansk region writes in a news release posted after at the opening.

A fixed-wing drone with a video-camera was one of the displayed surveillance technologies on display outside the building at the opening, a news-report by TV Murman showed.

Similar surveillance analytical systems are already in use in several regions of Russia.