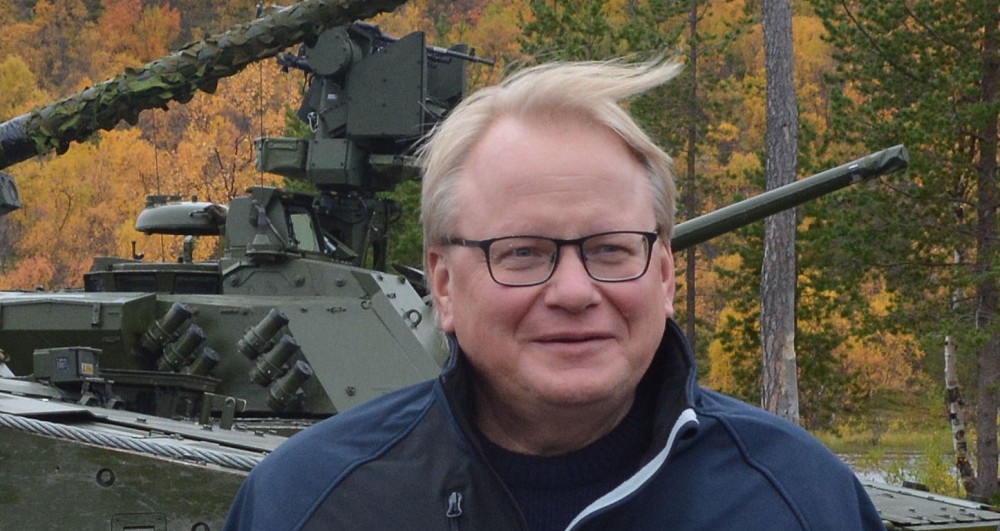 "Sweden will be affected if crisis or an armed conflict arises in our neighbourhood. An armed attack against Sweden cannot be ruled out,” said Defence Minister Peter Hultqvist as he presented the defence bill for the next five-years period.
Read in Russian | Читать по-русски
By

“This represents the largest increase in the level of ambition in defence capabilities in 70 years. The bill is based on the defence commissions proposal for both the civilian and military defence. It is a signal to the Swedish people and our neighbourhood that we are taking the security situation extremely seriously,” Defense Minister Hultqvist said.

He said all branches of the war organisation will be expanded, including a substantial boost for investment in military equipment.

Sweden’s military partly disarmed after the Cold War but has seen a steady increase after Moscow annexed Crimea and sent military personnel and weapons to the war in Eastern Ukraine in 2014, including from units on the Kola Peninsula.

Including the increased defense spendings from 2014 to 2020, the Swedish military will have increased its funding by 85% in fixed prices between 2014 and 2025, the proposal says.

Five regiments will be re-established, including the Norrland Dragoon Regiment (K4) in Arvidsjaur.

The cavalry regiment in Arvidsjaur was decommissioned in 2005 and the military presence in town has since been the Army’s Ranger Battalion, an elite light infantry unit trained to carry out reconnaissance missions and direct actions behind enemy lines.

Defense Minister Hultqvist said one reason for re-establishing the K4 Dragoon Regiment is to stay stronger in military cooperation with Norway and Finland in a crisis situation.

Last week, The Barents Observer reported on the signing of a defense cooperation agreement between the three Nordic countries.

Additional to the re-establishing of the regiment in Arvidsjaur, organizational units to come back are the Älvsborg Amphibious Regiment (Amf 4) in Gothenburg; Uppland Wing (F 16) in Uppsala; the Bergslagen Artillery Regiment (A 9) in Kristinehamn; the Dalarna Regiment (I 13) in Falun; and the Västernorrland Regiment (I 21) in Sollefteå, with a training detatchment in Östersund.

As tension with Russia grows, the Armed Forces is tasked to study additional measures to strengthen its presence in northernmost Sweden.

One suggestion is the establishment of border troopers aimed to cooperate with Finland and Norway in a sub-Arctic winter environment, minister Hultquist said in an interview with SVT Norrbotten.

The number of positions in the armed forces will increase from about 60,000 today to approximately 90,000 in 2025. This means that the number of young Swedes undergoing basic training in the national total defense service will gradually increase to about 8,000 per year until 2025.

“The proposals in the bill should be seen against the background of the deteriorating security situation in Sweden’s neighbourhood and in Europe over time, minister Hultqvist said.

He added: “The proposals in the bill are key to being able to implement the increase of capabilities in military and civilian defence that the Government considers to be necessary. It is a matter of continuing to be able to assert our sovereignty in an increasingly complex security reality.”

A Swedish-language version of the bill is available as pdf.

Sweden, like Finland, is not a member of NATO but a close partner and regularly train in joint exercises with NATO countries.