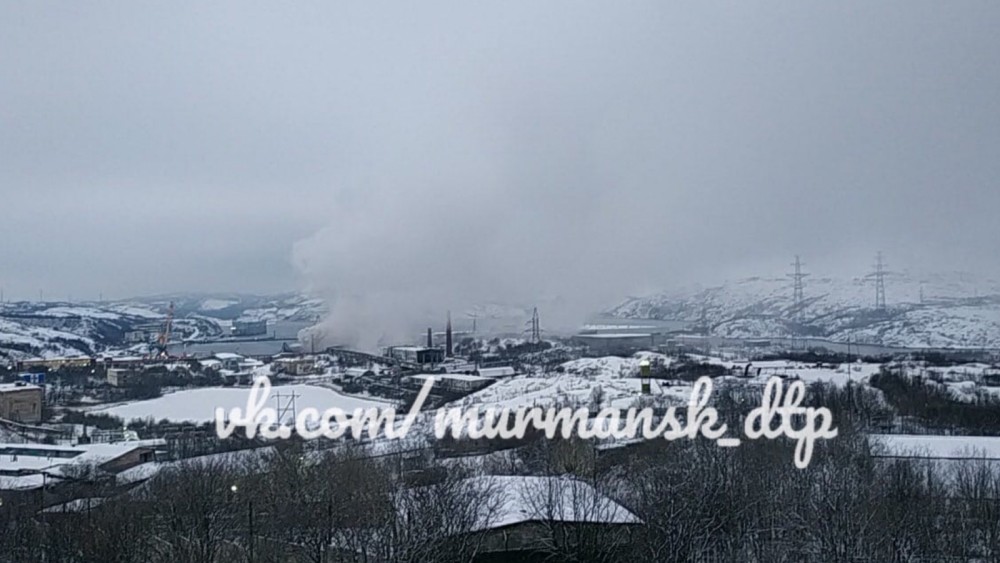 Fire at navy shipyard No. 10 in Polyarny. Photo: vk.com/murmansk_dtp

Law enforcement found five foreign workers without permit to stay in the closed town of Polyarny on Russia’s Kola Peninsula.
Read in Russian | Читать по-русски
By

The five, all referred to as illegal immigrants, were working on decommissioning the Northern Fleet’s large landing ship Mitrofan Moskalenko. The ship caught fire on December 8, and investigation now points the finger of blame at the five foreigners. Their work may be the cause of the fire, reports regional news online Severpost.

Polyarny is part of the closed administrative-territorial formation (known by the acronym ZATO) of Aleksandrovsk, which also includes the town of Sneznogorsk. In Polyarny, the navy shipyard No. 10, Skhval, is located in the Pala Bay and has for decades been involved in the repair and decommissioning of nuclear-powered submarines.

Nowadays, part of the shipyard’s territory is rented out to the private enterprise Phoenix LLC, TV21 in Murmansk reported. The decommissioning work on the ship that caught fire is under the responsibility of this company.

It is still unclear how foreign workers, without any permission to stay in the closed military city, have entered the check-points. Severpost writes that they arrived at Polyarny in June this year and have since then been living onboard a floating crane at the yard, without leaving the territory of the plant.

The nationality of the five is not disclosed. Not far from Polyarny is Belokamenka, the huge construction site of Novatek, where thousands of fly-in-fly-out workers from Tajikistan and Kyrgyzstan are employed. There is, however, no connection between the yard in Polyarny and construction companies involved in Belokamenka.