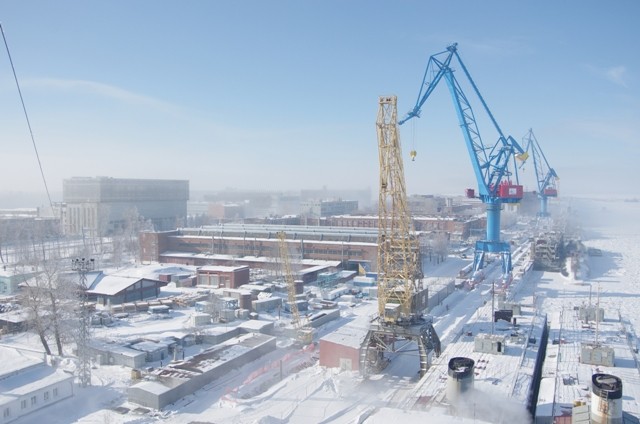 The ninth and tenth ballistic missile submarines of the class will be named "Dmitry Donskoy" and "Knyaz Potemkin".
Read in Russian | Читать по-русски
By

A few weeks ahead of deadline for expiring the U.S. - Russia New START arms treaty, the announcement two build additional two strategic subs was made by the general director of the Sevmash yard, Mikhail Budnichenko.

Interviewed by the magazine Zavod, which is published by the Sevmash submarine builder in Severovinsk, Budnichenko said construction will start in the course of 2021.

The names ”Dmitry Donskoy” and “Knyaz Potemkin” are well known from Russian navy history. “Potemkin” was a battleship in the Imperial Russian Navy becoming famous after a rebellion of the crew against the officers in the 1905 revolution. “Dmitry Donskoy” is the current name of the only remaining operation Typhoon submarines.

Most likely, the current “Dmitry Donskoy” will be taken out of service before the new Borei-A class with the same name starts to sail for the navy in 2026.

Each of the new submarines will be armed with 16 Bulava ballistic missiles, adding power to the navy leg of Russia’s nuclear deterrence.

By now, four Borei class submarines are in operation, two with the Northern Fleet and two are sailing for the Pacific Fleet. At the yard in Sevmash, four other subs of the class are at different stages of construction and are expected to be delivered to the navy from 2021-2023. Construction time for the ninth and tenth Borei class submarines are estimated to be 6-7 years.

In the Northern Fleet, all ballistic missile submarines are based in Gadzhiyevo on the Kola Peninsula.