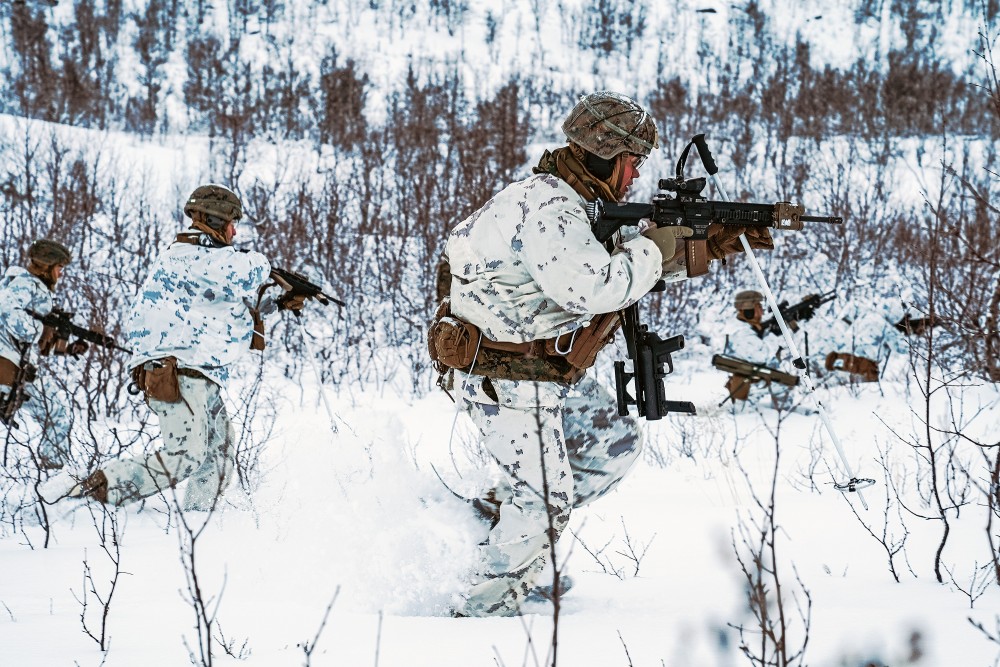 3,000 NATO soldiers will participate in this winter’s Joint Viking exercise at Setermoen north of the Arctic Circle, among them more than 1,000 U.S. Marines.
Read in Russian | Читать по-русски
By

By Sunday, 45 soldiers had tested positive for COVID-19, according to the local newspaper Nye Troms. All arriving soldiers to northern Norway are routinely tested and quarantined. The municipal health authorities in Bardu and Målselv, where the military camps are located, say 41 U.S. Marines and four British soldiers are infected, newspaper VG reports.

So far, about 1,300 of the 3,000 soldiers from the Netherlands, Great Britain and the United States have arrived at the military camps in Troms where the winter exercise Joint Viking 2021 will kick off on February 28.

Together with 7,000 Norwegian soldiers, the foreign NATO troops deployed will train Arctic warfare until March 20.

The U.S. Marines are from Camp Lejeune in Jacksonville, North Carolina. The state is severely hit by the pandemic and reported 11,581 new cases on Sunday, making it the third consecutive day with more than 10,000 new coronavirus infections.

In order to mitigate the risk of COVID-19 exposure and transmission, the deploying personnel underwent comprehensive COVID testing upon arrival and will undergo a period with restriction of movement prior to beginning their training, in accordance with U.S. and Norwegian public health protocols, according to a press release by the Marine Corps Forces, Europe & Africa.

While challenged by the virus, focus remains to train cold climate warfare.

“The opportunity to strengthen this historic relationship with the Norwegian Army and improve our Arctic warfare proficiency is invaluable to the readiness of our forces,” commander Cordinier said.

This winter, the training by the rotational forces will culminate in exercise Joint Viking.

The Marine Corps underlines strict measures to mitigate the risk of COVID transmission within the U.S. forces or to the Norwegian soldiers and the local population.

All training and deployment will be carried out in a safe manner in close cooperation with Norwegian public health officials, the Marine Corps says.