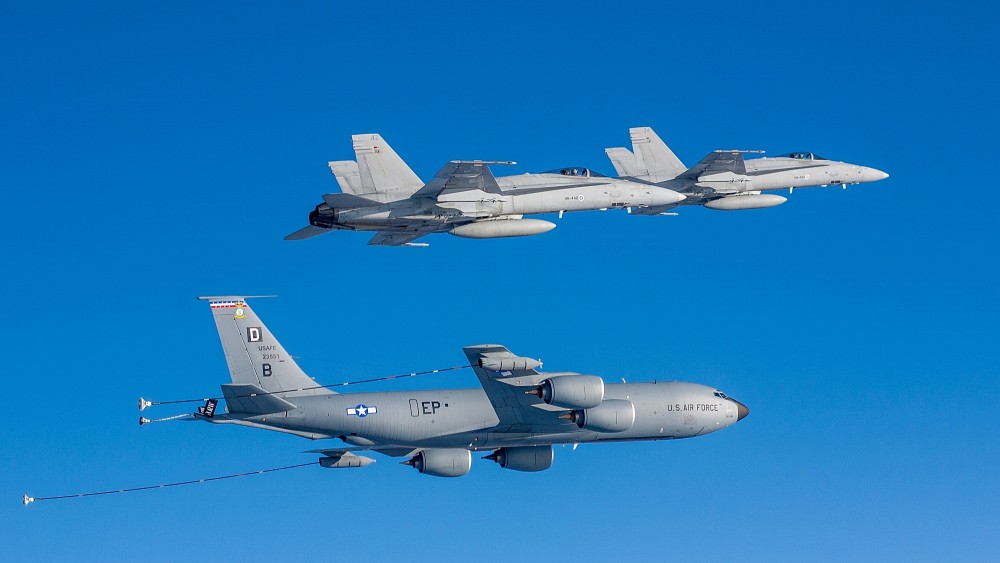 The American KC-135 Stratotanker will fly in from British Mildenhall air base and train mid-air fueling of F/A-18 Hornet fighter jets from Finland’s three air bases in Rovaniemi, Rissala and Pirkkala.

The exercise takes place from 9.-10 February in the skies above the northern Finnish cities of Rovaniemi, Oulu, Kuusamo and Kajaani.

Finland and the United States in 2016 signed a bilateral defense cooperation pact pledging closer collaboration on military issues. The two countries have for years had joint military air force drills, also in cooperation with neighboring Sweden and Norway in the north.

Although having an extensive cooperation, Finland is not NATO member, but maintain close partnership and has contributed to NATO-led operations in Afghanistan and in the Balkans.

U.S. Marines have also participated in winter-exercises together with the Jaeger Brigade in northernmost Finland.