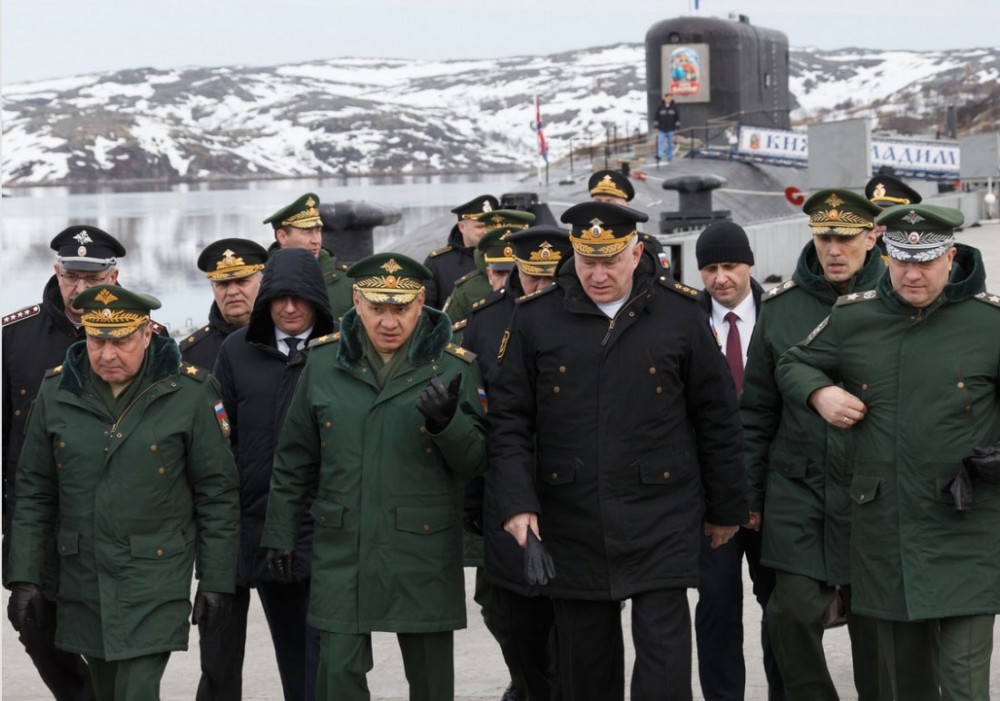 According to the Russian military leader, the two armies and three airborne troop units that have been redeployed to western border areas will end ongoing exercises in the course of April.
Read in Russian | Читать по-русски
By

It was the situation in the Arctic that was the main focus during Defense Minister Sergei Shoigu’s visit to the Kola Peninsula on Tuesday. Together with Navy Head Commander Nikolai Yevmenov and Northern Fleet Commander Aleksandr Moiseev, the minister  took a closer look at the powerful units located along the Barents Sea coast, including the strategic submarines based in Gadzhievo near Murmansk.

The Northern Fleet is capable of efficiently confronting current challenges and threats in the Arctic, the minister underlined and explained how Russian forces now are being equipped with modern weapons and new infrastructure is built along the country’s northern coasts.

However, Shoigu also commented on the general national security situation, including on the country’s recent massive military buildup along its border to Ukraine.

According to the minister, the two armies and three airborne units that have been redeployed to western border areas in the course of the past three weeks are part of an unannounced control of preparedness in the Western and Southern Military Districts.

The troops are currently engaged in exercises, Shoigu explained and stressed that “they have shown full readiness and capability to execute tasks on the provision of the country’s military security.”

The troops will soon return to their regular bases, he signaled.

“Please note that all control measures are planned to be completed in the course of two weeks,” Shoigu said in a concluding meeting ahead of his departure from Severomorsk, the Northern Fleet headquarter.

Minister Sergei Shoigu in meeting in Severomorsk touches on the military buildup along border to Ukraine. Video by the Ministry of Defense

The major Russian concentration of troops along the border to Ukraine has stirred a tense situation in the region. More than 80,000 soldiers are believed to have been deployed to border areas and Russia is now under mounting pressure to explain its intentions.

In a meeting with Ukrainian Foreign Minister Dmytro Kuleba, NATO General Secretary Jens Stoltenberg underlined that “Russia’s considerable military build-up is unjustified, unexplained, and deeply concerning.” He called on the country to “end this military build-up, stop its provocations and de-escalate immediately.”

According to the Russian side, it is NATO that is the aggressive part.

In his address in Severomorsk, Shoigu underlined that the USA and its NATO allies are building up marine and land forces along Russian borders.

The strengthened military presence is evident also in the Arctic, Shoigu said in Severomorsk.

He underlined that the situation in the high north “remains complicated” and that “competition for access to the natural resources of the Arctic Ocean is growing among the leading powers of the world.”

“The USA and its allies are boosting their military concentration in the Arctic, they increase the intensity of military preparedness and expand and modernize military infrastructure,” Shoigu said.