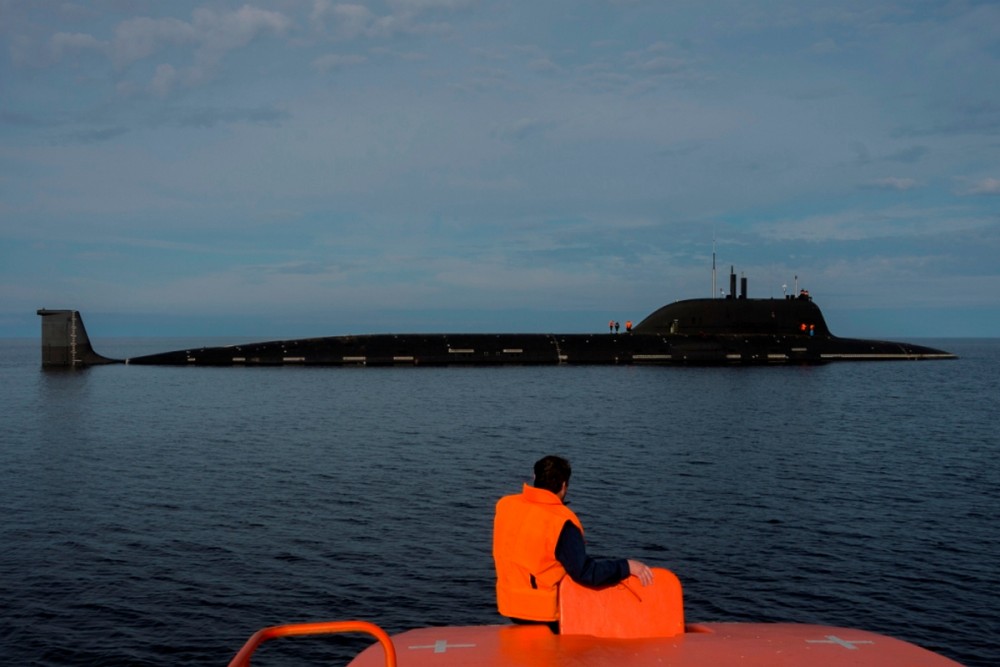 Kazan while test-sailing in the White Sea. Photo: Russian Navy

Kazan is the first of eight modern nuclear-powered cruise missile submarines to be delivered from the shipyard in Severodvinsk.
Read in Russian | Читать по-русски
By

After years of delay, the submarine will be handed over to the Navy on May 7th. Official flag raising ceremony takes place at the Sevmash yard in Severodvinsk where Commander-in-Chief of the Russian Navy, Admiral Nikolai Evmenov, will attend.

The acceptance papers, transferring the vessel from the yard to the navy, were signed on Tuesday this week, the information department of the navy said in a statement.

Since first scheduled for delivery to the navy in 2017, the submarine has been notoriously delayed. A planned delivery in 2018 was postponed to 2019. That year came with another announcement that the “Kazan” would probably need all of 2020 to fix a number of auxiliary parts and assemblies which did not met the tactical and technical requirements set by the Ministry of Defense, the Barents Observer reported at the time.

In early February this year, new date for the handover was announced by the head of the United Shipbuilding Corporation, Aleksey Rakhmanov, who told RIA Novosti “The lead nuclear submarine “Kazan” can be handed over to the Russian navy on February 26.” The Barents Observer later reported about a further delay.

Construction of “Kazan” started back in 2009. The submarine is the first serial production of Yasen-M class and differs  from the prototype “Severodvinsk” submarine by more digital and advanced control systems.

The Yasen-M class multi-purpose nuclear-powered submarines will carry the advanced sea version of the cruise missiles Kalibr, Oniks and likely the hypersonic Zircon, as well as torpedoes and surface-to-air missiles.

Other vessels of the class currently under construction at the Sevmash yard include “Novosibirsk”, “Arkhangelsk”, “Krasnoyarsk”, “Perm”, “Ulyanovsk”, “Voronezh” and “Vladivostok.”

The “Kazan” is likely to be based in Zapadnaya Litsa, the Northern Fleet’s westernmost submarine base near the border to Norway. Here, “Severodvinsk” has homeport.

It is expected that four of the Yasen-M class submarines will sail for the Northern Fleet, while the four others are designated for the Pacific Fleet.

Yasen-M class is said to be both the most expensive and technically advanced in the Russian navy.