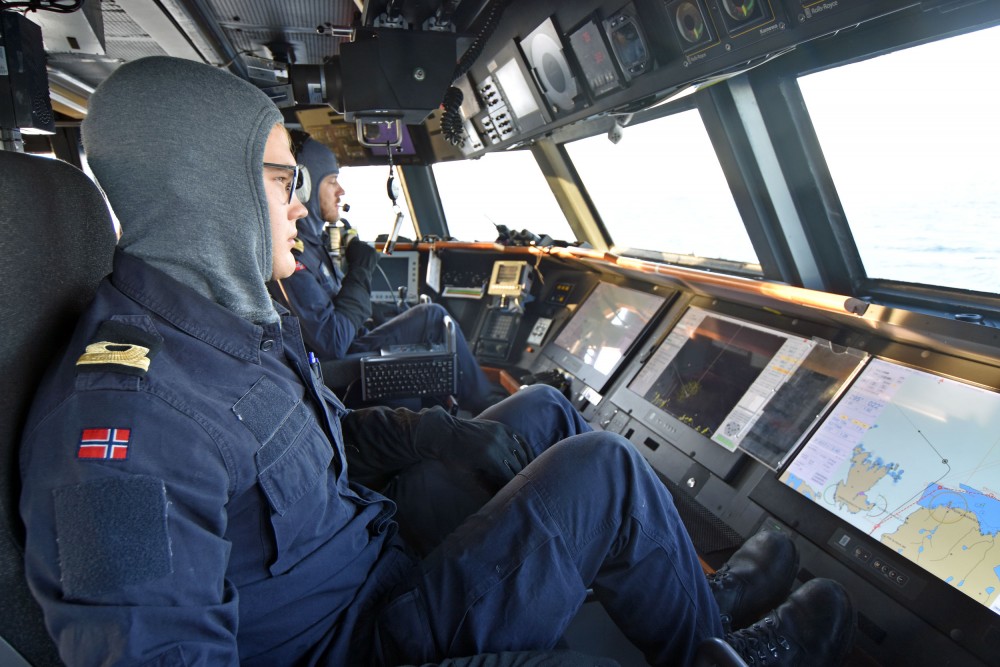 From the navigation bridge of KNM Gnist, one of Norway's small high-speed missile patrol boats of the Skjold class. Photo: Thomas Nilsen

Increased military activities up north by both nations make it important to have good mechanisms to ensure that episodes do not create misunderstandings or unpredictable escalations.
Read in Russian | Читать по-русски
By

In closest pass, a small second or two of wrong navigation could cause uncomfortable situations in the cockpit or in worst case an accident. Intentions by the opponent are easily misunderstood.

On Friday, the Norwegian Government said amendments to the Incidents at Sea Agreement with Russia now is ready with an additional protocol. The two parties will sign the agreement in Moscow at a later date.

“In recent years we have seen an increase in Russian military activity in the Norwegian neighbourhoods,” said Minister of Defence Frank Bakke-Jensen. He added that also Norway’s military forces are more present in the north.

“This development makes it increasingly important to have functioning mechanisms to ensure safety between military units in the north,” the minister said.

“The updated agreement contributes to reducing the risk of dangerous situations and to increase the stability in the north,” Bakke-Jensen explained.

Over the last few years, Russia and the United States have experienced unsafe encounters between their forces on several occasions, like in 2016 when a Su-24 fighter jet made a very-low-flying pass by the guided-missile destroyer “USS Donald Cook” in the Baltic Sea.

A decade ago, Norwegian and Russian navy vessels used to exercise together in joint sailings in the Barents- and Norwegian Seas. Since Moscow’s annexation of Crimea, however, Norway like other NATO nations suspended most military ties with Russia, including the powerful Northern Fleet based on the Kola Peninsula.

The updated protocol stipulates how to avoid dangerous situations with prohibitions, injunctions and liaison procedures for navy vessels and military aircraft. The text outlines which information channels are to be used in different situations. Norway and Russia will have annual military consultations to exchange views.

The agreement, when signed, applies to the parties military ships and aircraft outside 12 nautical miles territorial water. The text also stipulates that actions prohibited by the agreement shall not take place against civilian ships or planes.

Nothing in the press release from the Ministry of Defence reveals whether or not the question about Russian military aviation in the future will fly with transponders on, visible for other aircraft and air traffic control centres.