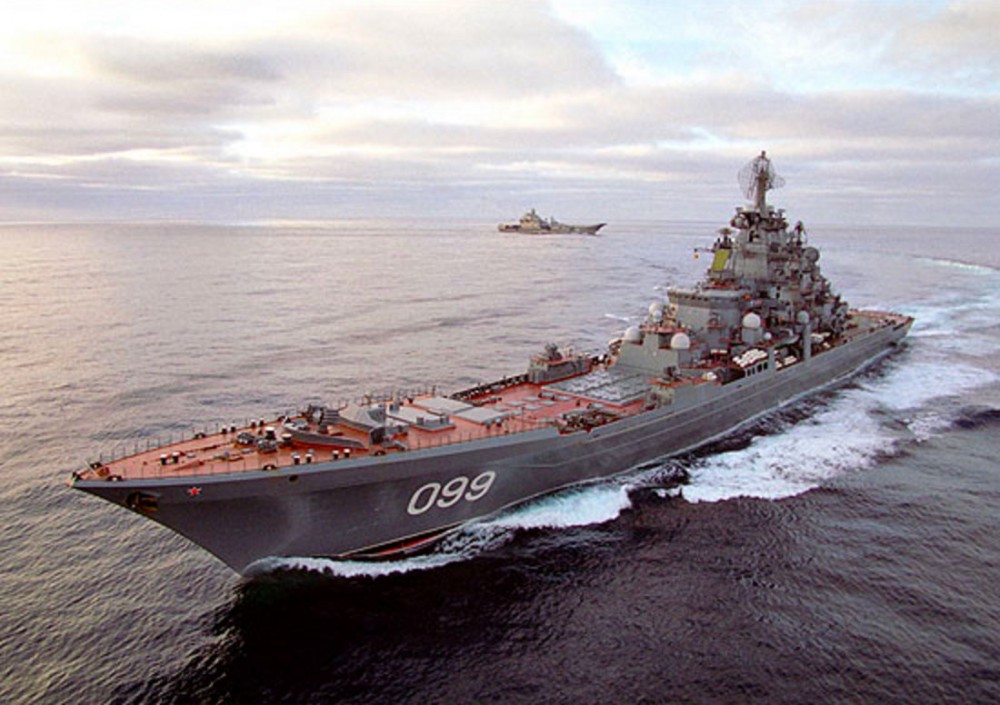 The Pyotr Velikiy is the biggest ship in the Russian Navy. Photo: mil.ru

Russia's biggest naval vessels are out at sea

The battle cruiser will in the course of several days engage in training in the far northern waters, the Northern Fleet informs.

That includes exercises on air defence and combat, as well as mapping of airspace and underwater situations.

The 252 meter long Pyotr Velikiy is the Russian Navy’s biggest ship. It has a crew of more than 700 men and a wide range of armament.

The nuclear-powered Kirov-class vessel will be back in Severomorsk, the Northern Fleet headquarters, in due time for Russian Navy Day 25th of July, the press service says.

The Pyotr Velikiy set out to sea only fews days after missile cruiser Marshal Ustinov, anti-submarine ship Vice-Admiral Kulakov and the brand new large landing ship Pyotr Morgunov started an inter-fleet crossing from the Barents Sea around Scandinavia to the Baltic Sea.

Also the Russian Pacific Fleet now has its biggest ships at sea. According to the Navy, missile cruiser Varyag and frigate Marshal Shaposhnikov have over the past days engaged in missile and artillery shooting in the Pacific. Involved are also corvettes Hero of Russian Federation Aldar Tsydenzhapov, Sovershenny and Gromkiy.

The latter ships’ training has taken place in the Pacific Sea and included training on “elimination of enemy aircraft carrier groups,” the Russian Navy informs.