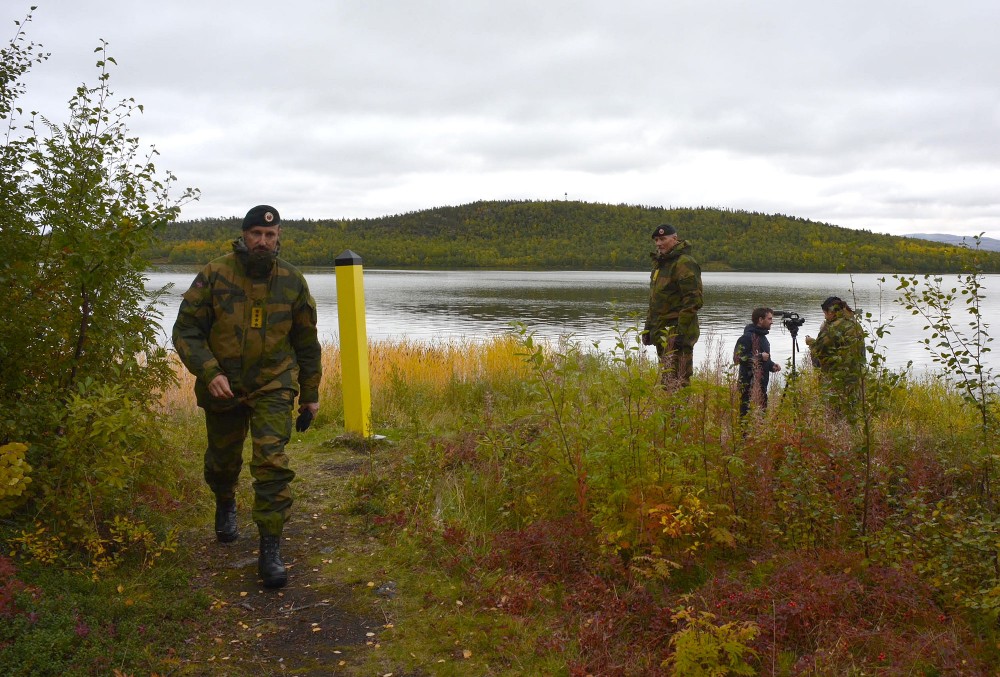 Heir to the Norwegian throne Crown Prince Haakon gets acquainted with the forces that guard Norway's border to Russia.
Read in Russian | Читать по-русски
By

“I am here to visit the Finnmark Land Defence, meet soldiers and learn about their job,” Haakon said as he came ashore after a boat ride with the border guards that patrol the almost 200 km long Norwegian-Russian border.

“I must say that I am really impressed about what I have seen, the soldiers are very skilled at managing their mission,” the Crown Prince told the Barents Observer on the shore of the Pasvik River.

The Norwegian royalty on Monday this week arrived in northern Norway and paid a visit to the garrison of Porsangmoen before he moved on to Kirkenes. Both places are of key importance for Norway’s development of the Finnmark Land Defence, the country’s strengthened Arctic force.

By year 2025 the force is to be developed into a battalion.

According to Crown Prince Haakon, the north Norwegian forces have over the years worked efficiently to reach set targets and solve their mission which is important for Norway’s capability to keep a high level of preparedness.

But Haakon does not want to comment on the national security situation in the region. “I leave that to other people,” he told the Barents Observer.

Norway has over the last years worked to strengthen its military capabilities in the North. The armament comes as the security situation in the region gets increasingly unstable following a major military build-up in the Kola Peninsula and other parts of Arctic Russia.

Aimed at being ready for combat on shorter notice, Finnmark Land Defense is adding also a new Ranger Company to the Garrison in Sør-Varanger, just on the border to Russia.

The 200 soldiers strong unit will be armed with light anti-aircraft and anti-armor weapons and is in charge of delaying a potential territorial violation along Norway’s 198 kilometers long border to Russia in the north.

From before, military border guards at the Garrison of Sør-Varanger with its military camp outside Kirkenes and two border stations in charge of surveillance and monitoring the borderline.