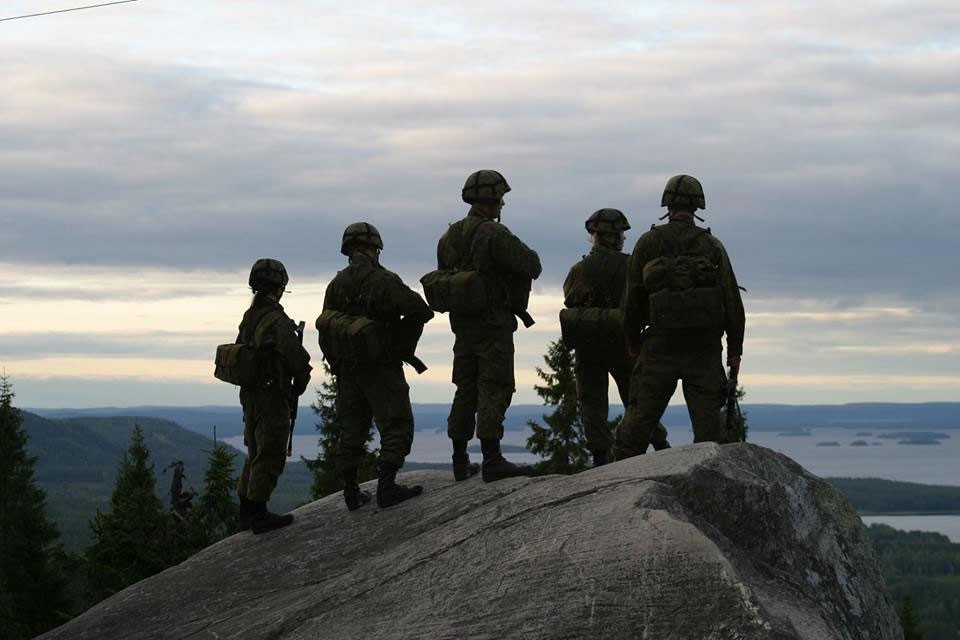 There are 'tense and unpredictable' changes in the operational environment, the national security document reads.
Read in Russian | Читать по-русски
By

The Finnish Government’s Defence Report of 2021 lays out national security priorities for the upcoming years. The report concentrates on new challenges including cyber defence, as well as maintaining the situational awareness of space. In addition, there will be internal restructuring of the armed forces, the regional unit will be discontinued and the number of military personnel will increase by 500 by the end of the decade.

The report highlights the ‘tense and unpredictable’ status of Finnish defence and the changes in the operational environment. During a press conference,  Lieutenant General Esa Pulkkinen, General Director of the European Union’s Military Staff stated that tensions have risen in Finland’s neighbouring areas due to the reciprocal competition of the great powers, which in turn affects the status of smaller countries such as Finland. China’s rise as a global agent has also changed the mutual dynamics between the great powers. According to the defence report, China’s influence on target countries cannot be ignored. Russia, in turn, has recently strengthened its military powers on its western border. The report suggests that threat of military action cannot be ruled out, even though there is no immediate threat to Finnish national security.

Chief of Defence General Timo Kivinen in the press conference explained that modern defence mechanisms are more dependent on digitalisation, information and the utilisation of space. Finland will keep on advancing cyber security and defence, while continuing cooperation internationally.

The most practical changes are coming from the changes in the internal restructuring. The restructuring does not change the quantity of the troops, which will remain at 280 000. The regional units will be discontinued and merged with the operative units and local defence units. Operational units are mobile and carry out battle missions in the whole country, whereas local units work to protect targets and cooperate with officials. Merging regional units with the operational and local ones ensures more flexibility to the use of operational forces which will ensure stronger local defence and it will have a direct impact on their ability to respond to possible hybrid operations. According to Commander Kivinen, the possibility of hybrid operations, the wide-ranging method of influence, is part of the modern age and with the development of technology, the threat of hybrid operations will only increase.

The Finnish Government’s Defence report discusses the possibility of increasing the military reserve and boosting the reserve’s training by increasing military refresh courses, for example. The Finnish Defence Forces will work to increase the number of women volunteers joining the army, in the hope of increasing the defence and responding to the changing challenges. The report also states that the defence forces will increase their number of staff by 500 from 21 500 in order to ‘maintain the readiness requirements stemming from the operating environment, to meet conscript and reservist training requirements, and develop new capabilities.’

The report highlights new concerns over the growing strategic importance of the Arctic region and its challenges to Finnish national security. According to the report, the opening of the Northern Sea Route will invite interest in exploiting natural resources in the area. This could increase international tensions. The report states that ‘Finland is located in strategically important region’ from the point of view of the great powers, especially with the significant North Atlantic sea lines.

In a press conference held on 9th of September, Minister of Defence Antti Kaikkonen emphasised that the most important aspects laid down by the report are the upkeep and advancing of Finland’s defence is the most important goal. They will also concentrate on the opportunities for women and reserve members to participate in the defence duties.