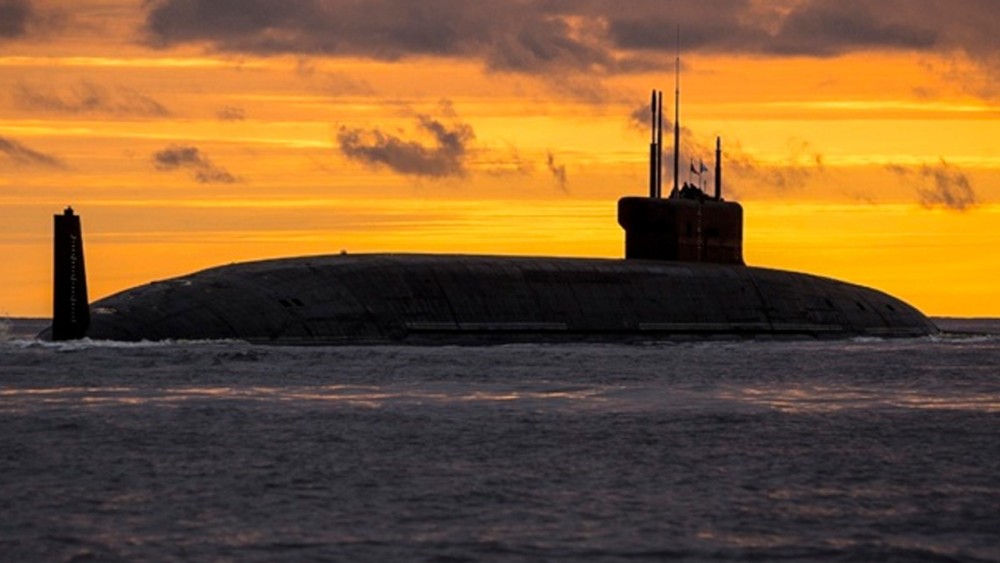 The ballistic missile was launched from the White Sea and hit a target at the Kura test site in Kamchatka.
Read in Russian | Читать по-русски
By

This is the first Bulava launch by “Knyaz Oleg” (K-552), a submarine that currently conducts state tests program before being handed over from the Sevmash shipyard in Severodvinsk to the Russian navy.

“The ballistic missile was fired from a submerged position towards the Kura test site in Kamchatka, see the video below. According to confirmed data, the missile warheads have successfully hit a specified area at the estimated time,” the Defence Ministry in Moscow said in a statement.

The ministry did not specify how many warheads the Bulava missile carried.

Thursday’s launch is the first test of Bulava missile since December last year, then the “Vladimir Monomakh” fired a salvo of four missiles from a submerged position in the Pacific towards targets at the Chizha test range on Cape Kanin in the eastern Barents Sea.

“Knyaz Oleg” was launched from the shipyard in July 2020 and started sea trials in April this year. The submarine was supposed to be handed over to the Pacific Fleet, but as reported by the Barents Observer in May, the “Knyaz Oleg” will instead start to sail for the Northern Fleet with Gadzyievo on the Kola Peninsula as home base.

The submarine is the fifth in the Borei-class (Project 955 and 955-A). Ten vessels in the class will be delivered to the navy by 2027. Construction of the last five is currently going on at the Sevmash yard.

Replacing the Northern Fleet’s Delta-IV and the Pacific Fleet’s Delta-III submarines, the Borer-class will be the backbone of Russian strategic nuclear naval forces for the coming decades. Each submarine in the class can carry 16 Bulava missiles.

The Sevmash yard is additional to “Knyaz Oleg” planning to deliver the Project 885 Yasen-class submarine “Novosibirsk” to the navy before New Year. The vessel will be transferred to the Pacific Fleet.