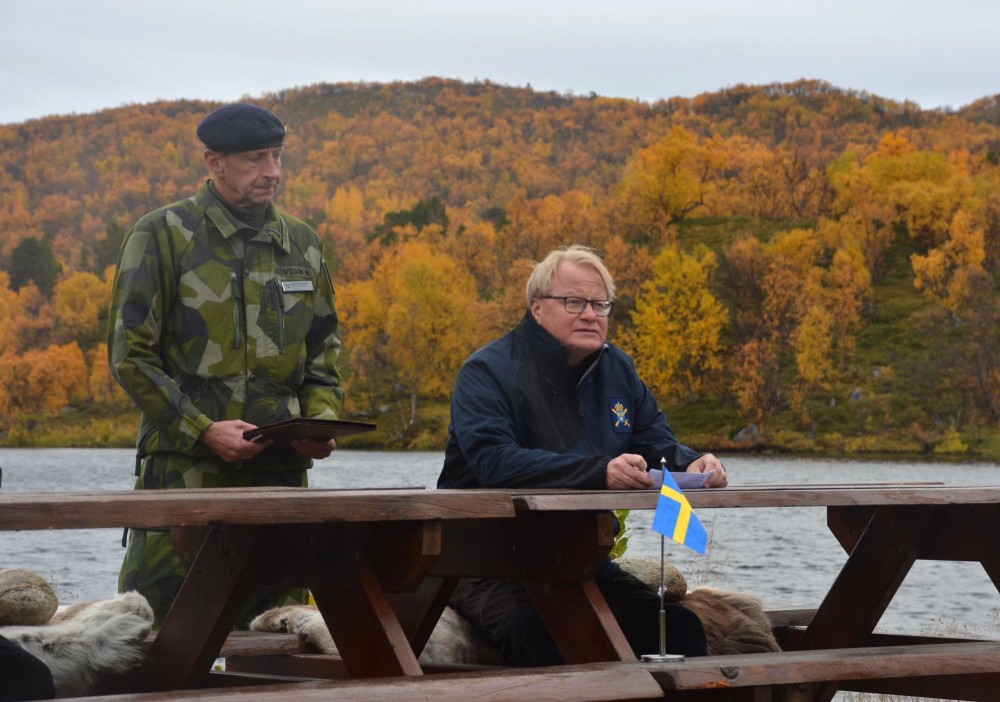 Swedish Defense Minister Peter Hultqvist signals a strengthening of his country's Armed Forces in the North. Here during a Nordic defense meeting in northern Norway in 2020. Photo: Atle Staalesen

Twenty years after the Ranger Regiment in far northern Kiruna was disbanded, the Swedish government considers a reopening.
Read in Russian | Читать по-русски
By

Swedish Defense Minister Peter Hultqvist confirms that the establishment of new Army bases in the country’s north is on the government’s agenda, and he does not exclude that the Lapland Ranger Regiment could get new life.

The re-establishment of the regiment will be among the issues to be assessed, he told Swedish broadcaster SVT.

Behind the plans lie a more difficult security situation in the North and an ambition to strengthen military cooperation with Nordic neighbors Norway and Finland.

The Lapland Ranger Regiment in Kiruna, northern Sweden, was established in 1975, but disbanded in 2000.

“We intend to coordinate planning between Norway, Finland and Sweden in order to jointly take a more comprehensive responsibility for the situation in the northernmost parts of the North Calotte,” he told the Swedish broadcaster.

“Our objective is to grow stronger together and heighten the threshold against a potential antagonist, make it more unpleasant to do negative action against us, and make the price for such kind of activity higher,” the minister underlines.

The Nordic countries have over a number of years strengthened security cooperation. In 2009, the countries established the Nordic Defense Cooperation (Nordefco), a collaboration aimed at strengthen defense capabilities and to promote joint effective solutions.

In 2018, the Nordic defense ministers signed ”Vision 2025”, which sets out a political framework for joint defense activities towards 2025.

The cooperation was further strengthened when the defense ministers of Sweden, Finland and Norway in September 2020 signed an agreement on enhanced operational cooperation in the North.

The agreement highlights the importance of the High North for military and security cooperation. It was signed at the Norwegian garrison of Porsangmoen located in far northern Finnmark region.

Joint operational planning in the North Calotte and improved interoperability between the armed forces are among the key issues mentioned in the document titled “Statement of Intent on Enhanced Operational Cooperation.”

The document also outlines an intention to form a joint trilateral policy steering group with defense ministry representatives, as well as the establishment of a trilateral strategic planning group.