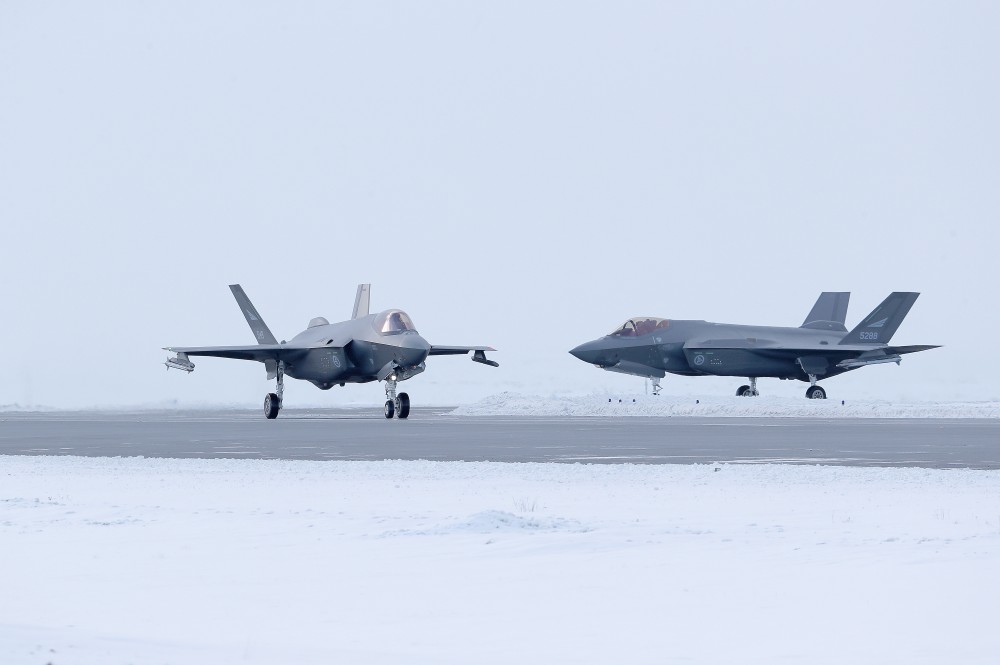 The Government in Helsinki on Friday announced it has chosen the American Lockheed Martin Corp. F-35 fighter jets to replace the current fleet of F/A-18 Hornets.
Read in Russian | Читать по-русски
By

After a tender worth €10 billion, the defence forces of the Nordic country has opted for the F-35 Joint Strike Fighter, prime minister Sanna Marin and defence minister Antti Kaikkonen announced at a press conference on Friday.

The air force today operates squadrons of F/A-18 jets from the air force bases in Rovaniemi (Lapland) and Kuopio-Rissala (Karelia).

By 2030, the current fleet of fighter jets will be phased out. The first training aircraft will be deployed in 2025 as part of the training of Finnish personal in the United States, while the first aircraft to be delivered for operation in Finland will come in 2026. The others will arrive at Rovaniemi and Kuopio-Rissala airbases from 2028 to 2030, according to a press note from the government.

Lapland Air Command is located at Rovaniemi airport, situated at the Arctic Circle.

“The F-35A is capable of initiating action in counter-air operations as well as generating and sharing the necessary situational awareness and target data, enabling the F-35 to best support land and maritime operations,” the government’s note states.

Finland will with the deal be the third Nordic country buying the F-35.

Norway received its first jets in 2017 and with three more landed on Thursday this week, a total of 34 out of the 52 ordered have arrived at the airbase at Ørland. Denmark expects its first F-35 to arrive in 2023.

Finland’s acquisition equals approximately €8.4 billion. The cost of the 64 multi-role fighters is €4.7 billion, while the air-to-air missiles AMRAAM and Sidewinder come at a cost of €754,6 million.

Service equipment, spare and exchange parts, training and sustainment solutions, other related systems as well as sustainment and maintenance services until the end of 2030 cost €2,9 billion.