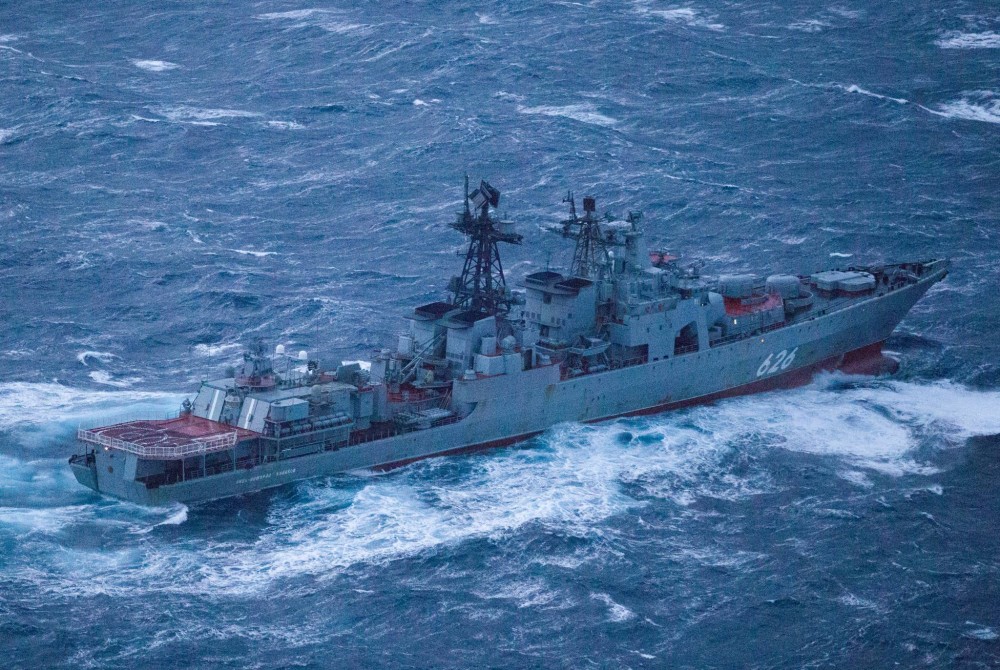 Russia tells authorities in Dublin that a planned exercise will be moved out of Irish exclusive economic zone (EEZ).
Read in Russian | Читать по-русски
By

Last week, the Barents Observer told about the group of Northern Fleet warships sailing around the northern coast of Norway towards an area in the Irish Sea where Russia had announced a warning zone for artillery and rocket shooting.

The NOTAM warning was about 240 kilometers southwest of Ireland and last Monday Moscow’s Ambassador to Dublin, Yury Filatov, told in a press briefing that there “is nothing to be disturbed about.”

The planned Russian war games in the area triggered massive media attention and protests by both the country’s foreign ministry and local fishermen angry at potential disruption to their fishing ground.

Sailing out from the coast of Cork, several of the local fishermen threatened to ignore the NOTAM-warning by the Russians and continue to catch.

On Saturday, however, the powerful Russian Northern Fleet had to back off. 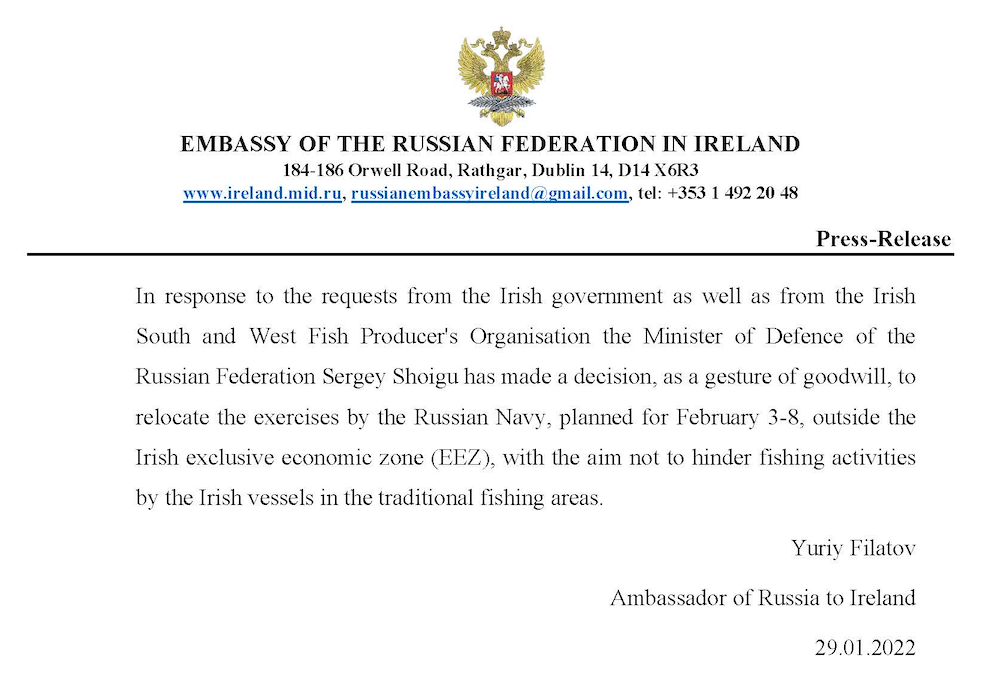 “In response to the request from the Irish government as well as from the Irish South and West Fish Producer’s Organisation the Minister of Defence of the Russian Federation Sergey Shoigu has made a decision, as a gesture of goodwill, to relocate the exercise by the Russian Navy, planned for February 3-8, outside the Irish exclusive economic zone (EEZ), with the aim not to hinder fishing activities by the Irish vessels in the traditional fishing areas,” a letter signed by Ambassador Filatov said.

The three Northern Fleet warships that sailed out of Severomorsk on the Kola Peninsula’s coast to the Barents Sea last weekend are the anti-submarine hunter “Vice-Admiral Kulakov”, the frigate “Admiral Kastanov” and the cruiser “Marshal Ustinov.” A tug and a tanker followed the ships into the Norwegian Sea west of Finnmark.

It is not clear if all, or which, of these navy ships will sail south of Ireland to conduct the exercise.

The tanker “Vyazma”, the only of the Russian navy group with the AIS turned on, is Sunday sailing the North Sea west of Bergen.

Ireland’s Minister of Foreign Affairs and Defence, Simon Coveney, said in a tweet that he welcomed the Russian move.

This week I wrote to my counterpart, the Minister of Defence of Russia, to request a reconsideration of naval exercises off the Irish coast. This evening I received a letter confirming the Russian exercises will be relocated outside of Ireland’s EEZ. I welcome this response.

The new NOTAM area is moved to just southwest of the Irish EEZ.