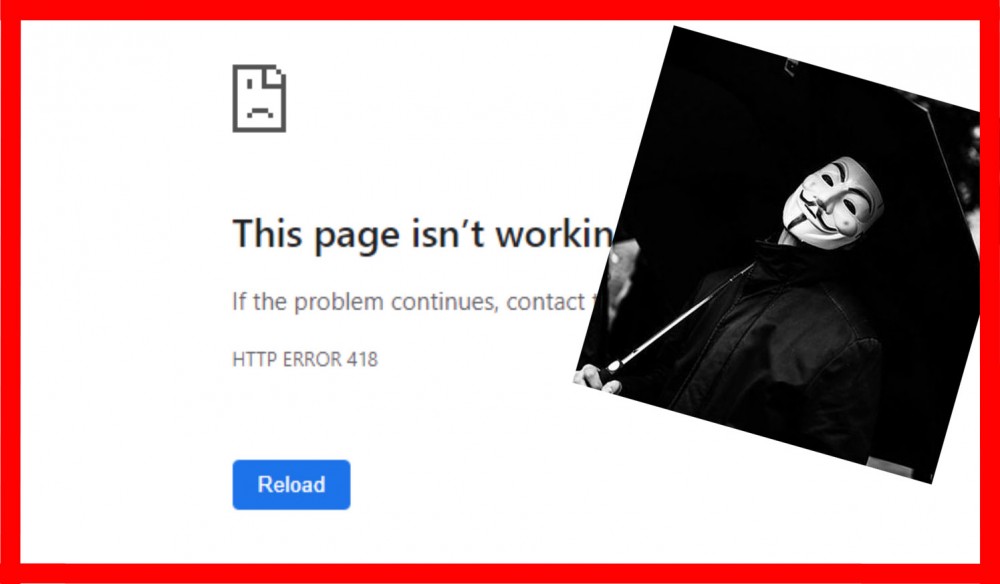 “Our operations are targeting the Russian government,” Anonymous writes on Twitter. The hacker movement is known for its various worldwide cyberattacks over the last two decades.

First down in the internett-attack, said to be a response to the Ukraine War, was the Kremlin-backed TV channel RT.com. The news-site is directed to audiences outside Russia by broadcasting in English, Spanish, German, French and Arabic via its internet portals. The RT is considered a major propaganda channel for the Putin regime.

Since Friday afternoon, also the portal of Russia’s Defense Ministry has been down, returning the 418 HTTP error code. Such error response is the indication for the server “is permanently, a Teapot.”

Saturday morning, also the Putin Administration’s own portal, Kremlin.ru is down, still unclear if the site is hacked by Anonymous.

The Russian Government’s portal, with all ministries, is running slow and is partly down.

Anonymous explains in its Twitter feed that it is not the Russian people that are targeted.

“We want the Russian people to understand that we know it’s hard for them to speak out against their dictator for fear of reprisals.”

We, as a collective want only peace in the world. We want a future for all of humanity. So, while people around the globe smash your internet providers to bits, understand that it’s entirely directed at the actions of the Russian government and Putin. (cont)

The internet hacking group indicates it will ramp up the campaign against Putin’s regime, saying “We are convinced that sanctions against Putin’s criminal regime will have no effect…#Anonymous will intensify cyber attacks on the Kremlin this afternoon (Moscow Times) #OpRussia.”

It was Thursday this week Vladimir Putin launched a massive military attack on Ukraine.

Saturday morning, the Russian troops are reportedly in the outskirts of Kyiv but are met with strong resistance. Reports are coming in heavy fightings.