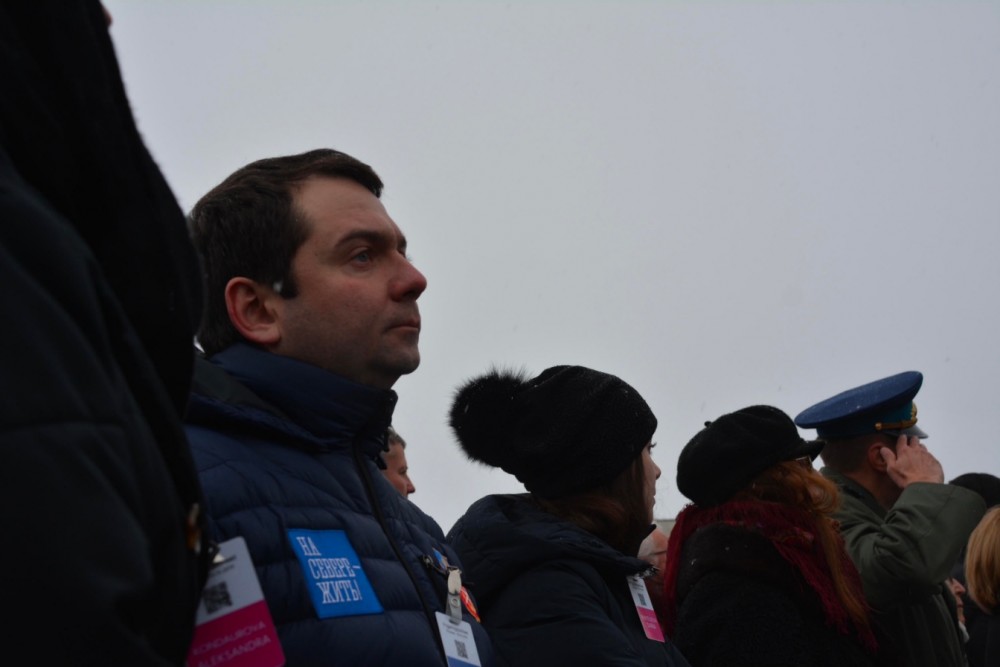 "We have never abandoned our brotherly nations and their people," says Murmansk Governor Andrei Chibis.
Read in Russian | Читать по-русски
By

Russia’s government-loyal regional leaders, all of them appointed by Moscow, are eagerly embracing President Putin’s aggressive attack on Ukraine.

From across the country, governors express support to Putin’s recognition of the so-called Luhansk and Donetsk People’s Republics as sovereign states.

“I fully support the decision of the President […] it is truly a historical event for our country and every Russian, including the ones who live on the territories of LNR [Luhansk People’s Republic] and DNR [Donetsk People’s Republic],” Governor of Murmansk Andrei Chibis says in a social media comment.

“This decision is a guarantee for their security, the security of our borders and all of Russia’s citizens,” he adds. According to the regional leader, Russia must protect its kinsmen wherever they live.

“We have never left behind in misery our brotherly nations and their people, never failed to take action when there is a threat to their lives,” he underlines.

Chibis has headed the far northern and heavily militarised region that borders on both Norway and Finland since 2019.

His support to Putin’s attack on the Ukrainian territories is echoed by the leader of Arkhangelsk.

“This is the decision of a real leader, who, I am confident, is supported by all Russians,” says Aleksandr Tsybulskiy.

“We are, have always been and will always be a nation that in difficult times for Russians not only offer support, but also do whatever it can to preserve peace,” the Governor of Arkhangelsk says in a Telegram comment.

According to Tsybulskiy, the recognition of the two so-called people’s republics as independent states “fully corresponds with the true values of the Russian people - friendliness, solidarity and protection of peace.”

A similar statement is made by Head of the Komi Republic, Vladimir Uiba.

At the same time, several of the north Russian regions are preparing for the coming of refugees from the occupied territories. In Murmansk, facilities for 300 refugees are made ready, and in the far northern Nenets Autonomous Okrug the local government has started collection of emergency aid.

Following Vladimir Putin’s recognition of the two territories, Russian so-called “peace-keeping” troops late evening the 21s of February poured over the border in line with an Agreement on Friendship, Cooperation and Mutual Support.

Prior to the recognition, the self-proclaimed local leaders together with Russian authorities organised a mass-evacuation of local inhabitants to nearby Russian areas. It is unclear whether the evacuees will be returned to Luhansk and Donetsk or sent to various Russian regions now that Russia has occupying the area with regular troops.

The Russian assault on the Ukrainian areas has sparked massive condemnation from the international community.

“The decision is yet another encroachment of the sovereignty of Ukraine,” she says in a comment.

“Norway consistently supports the sovereignty of Ukraine and its territorial integrity within international recognised borders,” she adds.

In a recent speech at the University of Oslo, Huitfeldt underlined that “we do not negotiate over international law and basic rules of conduct.”

“Attempts to do coercive diplomacy - threats of military force as a means of persuasion - is back in Europe,” Huitfeldt said in her speech. “It has come quicker than we could have imagined [and] it will take time to assess, she told the University students.

Swedish Foreign Minister Ann Linde in a Twitter comment underlines that Russia’s action is “a blatant violation of international law and of the Minsk agreements.”

“The recognition of the separatist regions in Eastern Ukraine is a serious breach of the Minsk agreements,” he says and adds that Finland will respond to Russia’s acts as part of the European Union.