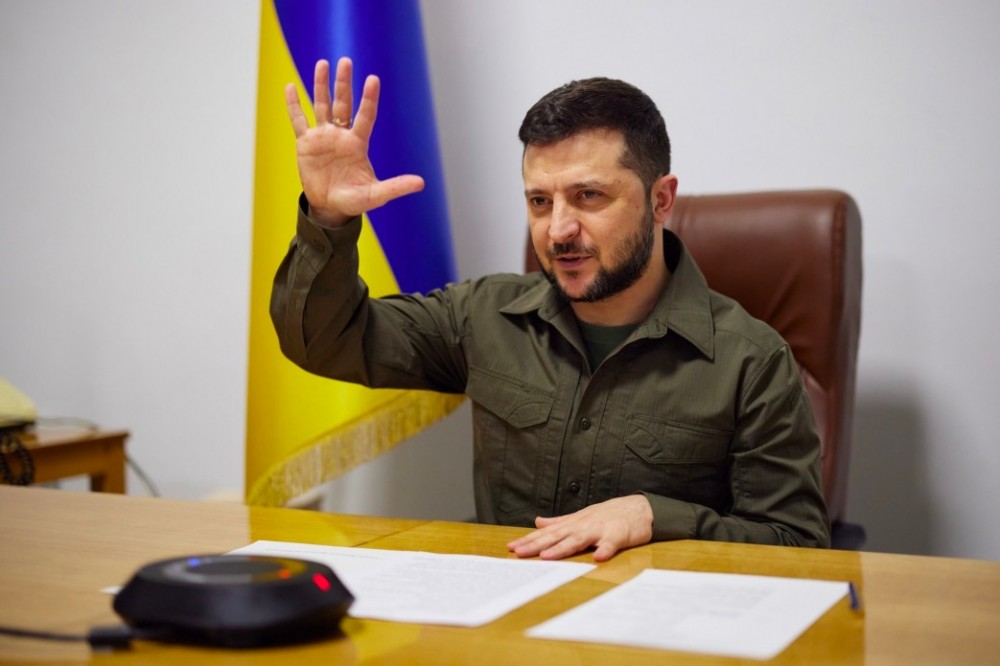 "We do not have common borders, but we have a common neighbor that stands against our common values," the Ukrainian President says in an address to the Norwegian parliament.
Read in Russian | Читать по-русски
By

The hall of the Storting was packed as Ukrainian President Volodymyr Zelensky on Wednesday spoke on a video link from Kyiv.

In his speech, the Ukrainian leader warned against Moscow and its aggressive policies against neighboring countries. This also applies to Norway, Zelensky argued.

“I think that you are feeling new risks on your borders with Russia in the Arctic region,” he said and underlined that Russia over the last years has undertaken a major upgrade of its Arctic forces.

“They have developed such a big army force up there [in the Arctic] that can not be explained by any common sense,” he said, and asked “Against whom is it? And why are they doing this?”

According to Zelensky, the battles that now rage in Ukraine will “decide the future of Europe,”

“The war of Russia against Ukraine is just a follow-up of their attempt to destroy the foundations of Europe, and this aggression is targeting not just our borders but also your borders,” he told the Norwegian legislators.

Europe must stand united, he underlined.

“For your soldiers not have to protect the countries of the eastern flank and for Russian [naval] mines not to be drifting towards your fjords and ports, [and] for Russian tanks not to be accumulating on your border, we have to stand together in our attempt to stop the aggression of Russian Federation.”

The Ukrainian president highlighted historical relations, and said that Norwegian vikings were frequent visitors to Kyiv 1000 years ago.

He also underlined the Ukrainian contribution to the liberation of northern Norway from Nazi German forces. The first Soviet soldier that  entered and liberated Kirkenes in October 1944 was a Ukrainian national from the city of Sumy, he explained. “Now, in his motherland of the Sumy region there are heated battles going on with Russia,” Zelensky said.

The president also called for more support from the Norwegian government. He especially highlighted the need for anti-ship missiles, anti-air systems and anti-armored vehicles systems.

He also called for Norwegian support to the post-war rebuilding of the country and highlighted Norway’s experiences in treating war trauma and rehabilitating both civilians and soldiers.

In an unprecedented move, Norway in late February provided about 2000 M72 anti-tank weapons to Ukraine. On the 30th of March, the same day as Zelensky spoke to the Storting, the country’s government announced that another 2000 M72s had been sent to Ukraine.

It is the first time in its newer history that Norway sends weapons to a country at war.

According to Norwegian Minister of Defense Odd Roger Enoksen, the weapons are a contribution to European security.

“Ukraine is dependent on weapon support from other countries to continue its fight against Russia’s attack on international law [and] if Ukraine succeeds to fight back against Russian attacks it will help secure Ukrainian sovereignty and contribute to uphold the norm about peaceful conflict resolution and respect for international borders in Europe,” the minister says in a statement.