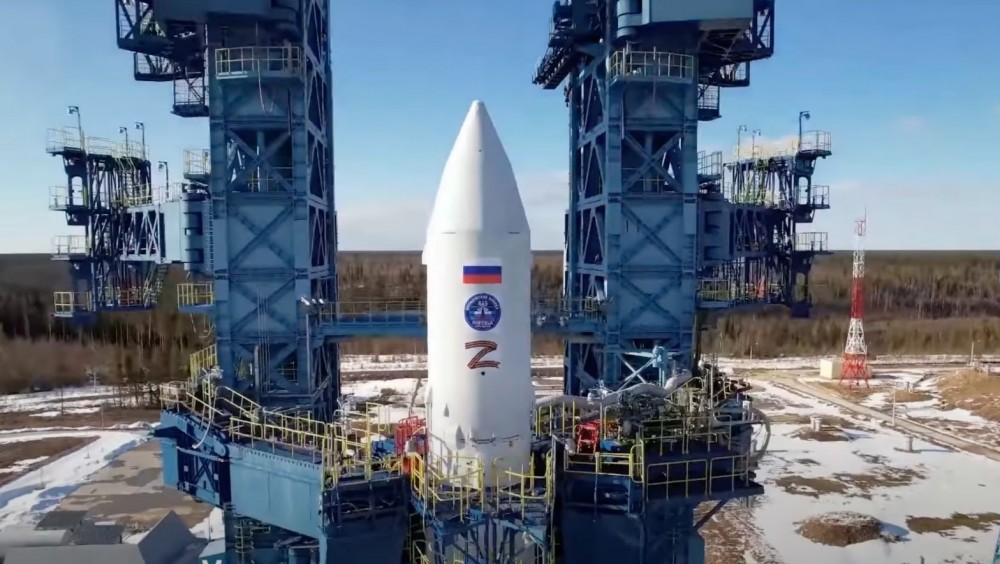 The Cosmos-2555 got out of orbit and perished as it entered the atmosphere.
Read in Russian | Читать по-русски
By

The satellite that was launched from Plesetsk on the 29th April this year was seen as a highly promising space installation.

The spacecraft carried an inscribed “Z”, the Nazi-resembling war symbol used by Russia in its onslaught against Ukraine.

According to the Russian Armed Forces, the satellite was successfully launched by rocket-launcher Angara-1.2. It entered orbit as planned and was smoothly controlled by the military space forces.

The Cosmos-2555 is launched from Plesetsk. Video by Russian Armed Forces

Over major parts of the north Russian sky could be seen the peculiar light patters of the craft as it made its way into space.

But something went wrong. On the 16th May, the satellite appears to have gotten out of orbit, and it subsequently went up in flames as it entered the atmosphere.

It is not yet clear what caused the problem.

The loss of the satellite has not yet been confirmed by the Russian Armed Forces, but Russian state news agency TASS reports that the installation is no more.

The Plesetsk Cosmodrome is located in Mirny, Arkhangelsk Oblast, about 800 km north of Moscow. The cosmodrome has over several years become an increasingly important object for the Russian military space forces. In November 2021, Russia lanched an anti-satellite missile Nudol from site.

It is believed that the Nudol will become part of Russia’s  weapons program aimed to destroy enemy military satellites in case of conflict.