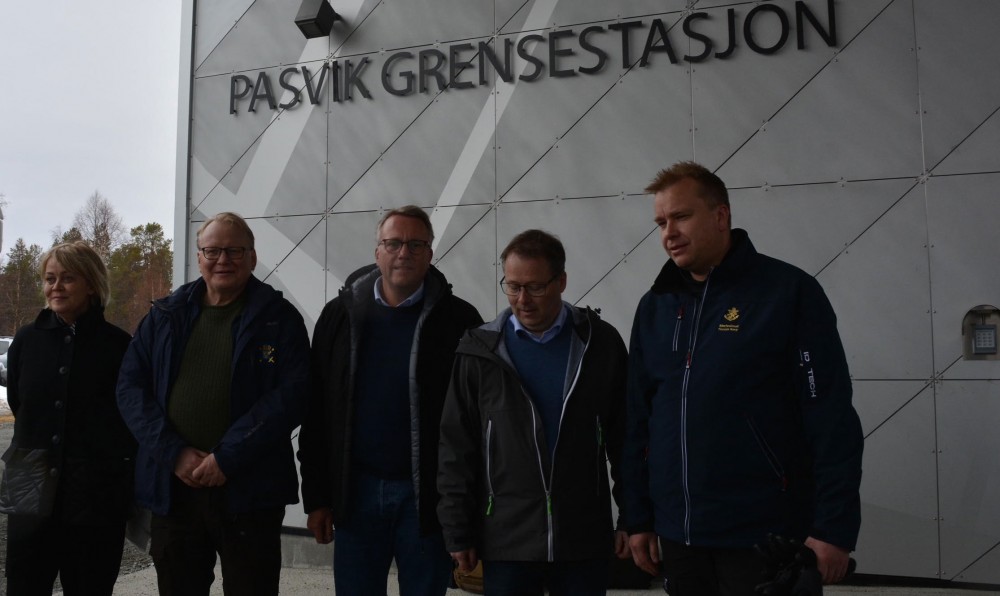 Nordic defence ministers met at Svanvik on Norway's border with Russia in May this year. Photo: Atle Staalesen

Finland will host the defence ministers of Norway and Sweden on Thursday to talk about the “changing security environment” facing the Nordic countries.
Read in Russian | Читать по-русски

“Sweden and Norway are very close partners for us and it is natural to discuss the change in our security environment with them,”  Finland’s Defence Minister Antti Kaikkonen said in a statement on Wednesday.

The meeting of the three defence ministers will focus on defence cooperation and security.

“Finland and Sweden’s upcoming membership of NATO opens up new opportunities to deepen relations between the Nordic countries,” Kaikkonen said. “It is very important that we hold together during these unpredictable times – this creates stability in Northern Europe.”

Finland and Sweden both applied for NATO membership this year in light of Russia’s invasion of Ukraine.

Twenty-three out of the 30 NATO allies have ratified the two countries’ applications. Spain, Portugal, the Czech Republic, Slovakia, Hungry, Greece and Turkey are the seven remaining countries.

Turkey had been vocal in its opposition to admitting Finland and Sweden saying the two countries were soft on groups that Turkey deems security threats. But a memorandum of understanding signed between the three countries in June resulted in Turkey lifting its veto. The memorandum is reported to cover arms exports and cooperation in fighting terrorism.

Meeting with Sweden and Turkey on Friday

The NATO applications will also be high on the agenda of the bilateral meetings scheduled Thursday.

Finland and Sweden are set to discuss bilateral defense and the NATO membership process.

Finland’s meeting with Norway will also focus on the NATO membership process as well as F-35 procurement and materiel and industrial cooperation.

Finland then hosts a NATO meeting with Turkey and Sweden on Friday.