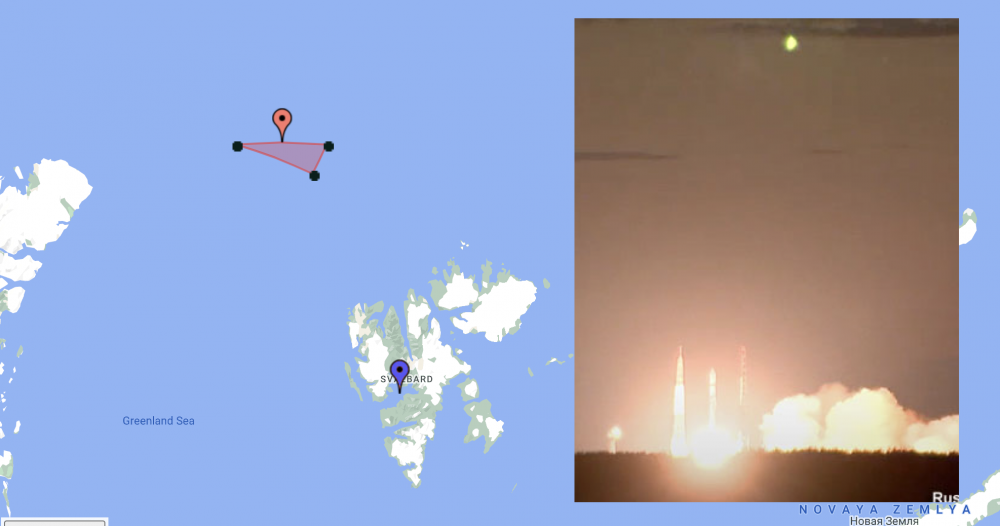 Watch out on August 9th as Russian is to launch a cluster of satellites, including one for Iran aimed to spy at military targets.
Read in Russian | Читать по-русски
By

Roscosmos, Russia’s space agency, confirms in a short notice that Tuesday August 9th is launch date for a Soyuz-2 rocket that will put the Iranian spy satellite Khayyam into space. The payload also includes a cluster of 16 nano-satellites.

Russia has simultaneously issued a Notice to Air Missions (NOTAM) for an area north of Norway’s Svalbard archipelago in the Arctic Ocean. The warning is marked “Russian Space Impact Area”.

“The purpose of the Russian NOTAM is to warn other sea and airspace users that debris from the rocket is likely to make a controlled splashdown in the area on or around August 9,” said Kristian Åtland, a Senior Research Fellow with the Norwegian Defence Research Establishment (FFI).

Åtland is an expert on Russian military. He has studied developments both near Ukraine and in the Arctic, including NOTAM alerts.

If sailing north of Svalbard on Tuesday, along the current ice-edge, you better stay out of the warning zone.

By Monday afternoon, there are two tourist cruise vessels in the Queen Victoria Sea (Arctic Ocean), sailing between 81 and 82 degrees north of Nordaustlandet at Svalbard. Both ships, the “Commandant Charcot” and the “Sea Spirit” are far east of Tuesday’s danger zone.

The Soyuz-2 rocket will be launched from Baikonor spaceport in Kazakstan with a northern direction. North of Svalbard, part of the 3rd stage rocket booster will fall down to the sea.

The satellite Khayyam, named after a 12th-century Persian mathematician, is developed under an agreement between Tehran and Moscow and holds a high-resolution camera that will give Iran a sharp eye to monitor neighboring Middle East military facilities.

According to The Washington Post, the satellite will first be used by Russia to “assist its own war efforts in Ukraine,” before being handed over to control by Tehran. The newspaper quotes Western security officials saying Russia plans to use the satellite for several months to enhance its surveillance of military targets in Ukraine.

Kristian Åtland agrees that the satellite initially could be used to monitor the battlefields in the on-going war.

“The satellite may in principle also be tasked with other surveillance missions, including missions related to Russia’s war effort in Ukraine,” he said to the Barents Observer.

Iran Space Agency denies that Moscow could use the satellite for war purposes in Ukraine, according to news agency AFP.

The space launch is the second Soyuz-2 rocket this summer put into orbit over the Arctic. On August 1st, a rocket was launched from Plesetsk cosmodrome in Arkhangelsk region. No information was provided, but observers with the Russian Space Web noted that the classified payload was designated Kosmos-2558.

Both the first stage and tail section fragments had splashdown in the Barents Sea, just north from the Kola Peninsula and the latter between the Bear Island and Svalbard.