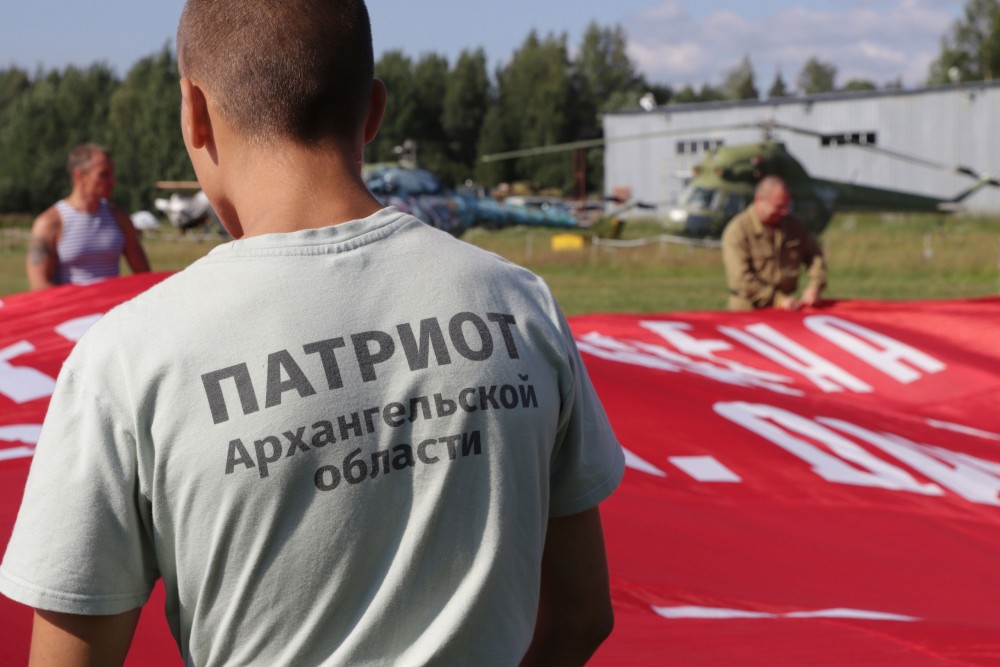 The Patriot Center will train voluntary warriors for war in Ukraine. Photo: vk.com/patriot29

The organization that normally engages in paramilitary training of kids and youth is to lead a new regional effort to prepare volunteers for combat in Ukraine. Contractors are offered big salaries and could end up serving mercenary Wagner Group.
Read in Russian | Читать по-русски
By

A new center for military training of volunteers is established in the north Russian region of Arkhangelsk.

“Here will be training of volunteers that plan to serve on contracts,” regional Governor Aleksandr Tsybulsky said in an announcement this week. “The training program and practical exercises will be headed by experienced instructors and veterans with experiences from special operations,” he explained.

The establishment of the regional training center comes as Russia is hectically trying to recruit new combatants for its war against Ukraine.

A key stakeholder in the new center is the Patriot Center, an organization that, according to its website, offers “patriotic education and preparation of citizens for military service.”

According to Governor Tsybulsky, the Patriot Center will be responsible for the military training courses.

Until now, the Patriot Center’s activities have been mainly aimed at children and youth. It cooperates closely with the Ministry of Defence and its Yunarmiya youth organisation, as well as with various paramilitary groups.

The Center that was established in 2002 is located in a historical building in downtown Arkhangelsk.

Earlier this year, the Patriot Center opened Avangard, a training complex for kids located in Mirny near the Plesetsk Space Center. Here, 5-day courses for children and youth about “the principles of military service” are organized, leader of the complex says in a presentation.

Apparently, the premises of the Patriot Center in Arkhangelsk will now be devoted primarily to young adults that prepare for war. Several more organisations will be engaged in the work, Governor Tsybulsky explains. Among them is the local Combat Brotherhood (Boevoye Bratstvo).

In a comment, leader of the Brotherhood Aleksandr Braslavets says the military training includes both individual and group exercises within several disciplines, among them firing exercises, tactical, medical, engineering and mine-sweeping.

According to Braslavets and his organisation, the people that have completed the training can choose to serve either in the Ministry of Defence, the National Guard, or in mercenary Wagner Group.

Several more initiatives on military recruitment are in the making.

The military organisation Ratnik is believed to be involved in similar activities. Recently, the force, which is part of the National Guard, was cherished by Governor Tsybulsky.

Also regional universities are preparing their students for battle. The North Arctic Federal University in Arkhangelsk has established its own Military Training Center.

And the salaries offered to the voluntary warriors are significant. Letters distributed to young men across the Republic of Karelia show that soldiers can make up to 250,000 rubles (€4,117) per month.

Recruitment initiatives take place across the country and are run both by the Ministry of Defence, local paramilitary organizations, as well as by mercenary groups like the PCM Wagner.

This week, Putin announced that his Armed Forces are to be increased by 137 thousand men.