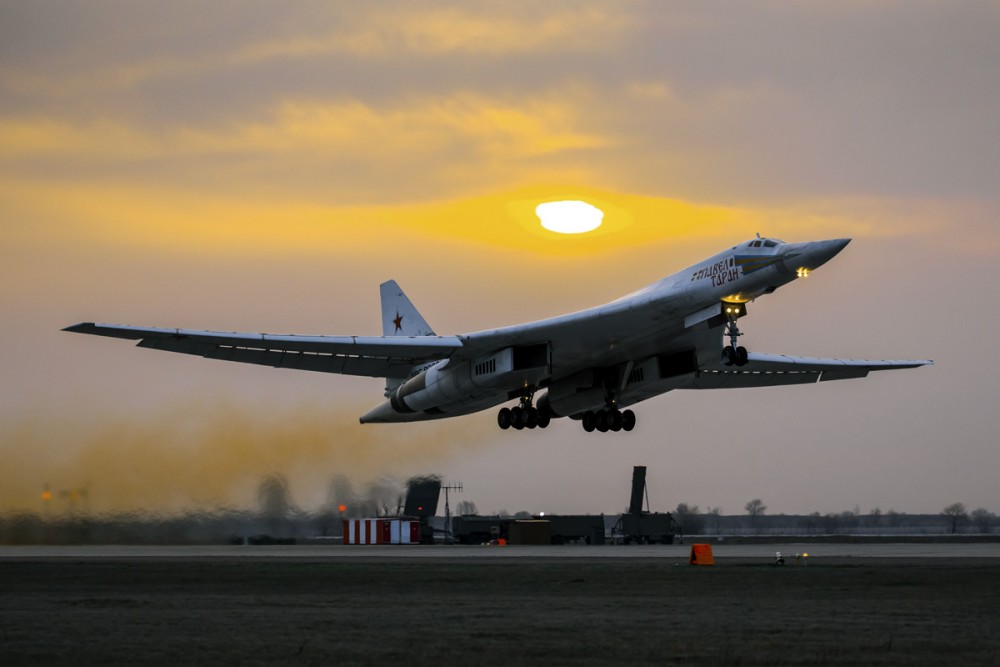 Recent satellite images show that Russia has deployed four Tu-160 and three Tu-95 long-range strategic bombers north to the Olenegorsk air base on the Kola Peninsula.
Read in Russian | Читать по-русски
By

The satellite images are taken by the Israeli intelligence company ImageSat International in August and September and were first published by the Jerusalem Post.

The air base in the closed town of Olenegorsk-2, an hour’s drive south of Murmansk, is normally home to a fleet of Tu-22 bombers and MiG-31 supersonic interceptors. Having the longest runway among all four operative military airports on the Kola Peninsula makes it capable of hosting the much larger nuclear bomb carriers Tu-95 and Tu-160.

The runway is 3,500 meters and one of Russia’s central storage for nuclear warheads, Bolshoye Ramozero, is nearby.

A first satellite image revealing four Tu-160 planes was taken on August 21, only days after the Northern Fleet kicked off a larger naval exercise in the Barents Sea.

Re-deploying of the strategic bombers from the Engels air base in Saratov to Olenegorsk, 1,000 km to the north, comes amid Vladimir Putin’s repeatedly nuclear saber-rattling.

Katarzyna Zysk, a professor of international relations at the Norwegian Institute for Defence Studies, says to the Barents Observer that sending such heavy bombers north “is certainly signaling.”

It is “not necessarily connected to the war in Ukraine,” she adds, underlining the important role of the Arctic in Russia’s nuclear deterrence. Patrols out of Russian airspace by Tu-95 and Tu-160 bombers were resumed by Moscow in 2008 after nearly two decades of pause in the post-Cold War period.

Professor Zysk says deployment and dispersal of the strategic bombers to Olenegorsk air base has happened before.

“As such, this does not seem to be an unusual operational pattern. However, the interpretation depends also on the military-political context, which right now is dense in speculation, fuelled by Putin’s escalating threats, about the possible nuclear use as Ukraine continues its advances,” Katarzyna Zysk notes.

However, she underlines, “the operation does not seem to be combined with any other unusual moves nor supported by the rhetoric.”

“Unless that changes, I would see it as business as usual based on the limited information we have at the moment,” Zysk says.

With take-off from the Kola Peninsula, NATO air forces will have a shorter warning time to meet Russia’s strategic bomber in international air space compared with when they fly north from Engels airbase southeast of Moscow.

When flying over the Barents Sea and Norwegian Sea on patrols towards Western Europe, F-35 fighter jets on NATO Quick Reaction Alert (QRA) from Evenes air base in northern Norway are normally scrambled to observe the Russian bombers outside Norwegian air space.