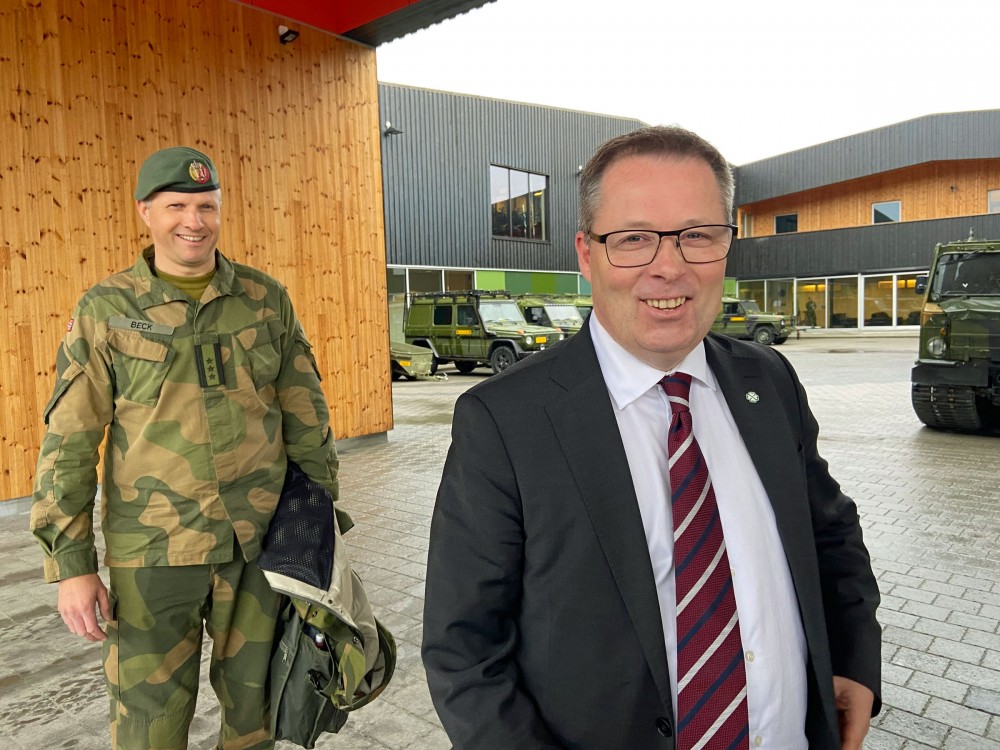 “We are strengthening facilities for the reception of, and training with, allied forces in northern Norway,” says Defense Minister Bjørn Arild Gram as he presented the 2023 budget at the Army’s border guard camp on the border with Russia.
Read in Russian | Читать по-русски
By

“Securing our freedom is one of the most important task for any government,” Gram says.

Increased funding to the military comes amid Russia’s attempted mobilization of additional soldiers to push the unprovoked war with Ukraine into its ninth month.

Russia’s military capacities on the Kola Peninsula near the border with Norway have been dramatically weakened as hundreds of soldiers are killed on the battlefields in Ukraine and dozens of armoured vehicles and tanks previously deployed in the Pechenga region are lost.

But while the Northern Fleet had heavy losses of ground forces, the naval fleet remains strong. Submarines and surface warships based on the coast to the Barents Sea poses the biggest threat to North Atlantic reinforcement to Scandinavia.

The government says in a budget statement that it is a priority to provide the armed forces with sufficient resources to follow allies when they operate in the norther areas. Norway want to coordinate allied activity in the north.

The proposed defence budget is 75,8 billion kroner, an increase of 6,8 billion compared to the balanced budget for 2022. This is an increase of around 9.8 per cent before adjustment to inflation.

Housing and facilities in Troms and Finnmark, the northernmost region of Norway, will get 1,2 billion kroner. Another 3,8 billion is earmarked to investments with the cavalry battalion at Porsangermoen, which is the northernmost military camp in Norway.

More barracks for soldiers will be built at Høybuktmoen, Porsanger and Bardufoss to house the growing number of soldiers.

The Home Guard, that this week has deployed hundreds of soldiers to protect Norway’s onshore petroleum facilities, will get money for another 500 soldiers, a boost from 37,000 to 37,500 personell that on short notice can be mobilized.

At his presentation of the 2023 state budget in Kirkenes on Thursday, the Defense Minister emphasised the importance of strengthening the situation awareness in the north.

The Intelligence Service get an extra 90 million kroner earmarked for surveillance in the north.

“The budget proposal stipulates that daily national operations and preparedness, and capability for operations in crisis and war in 2023 are prioritized,” Bjørn Arild Gram says.