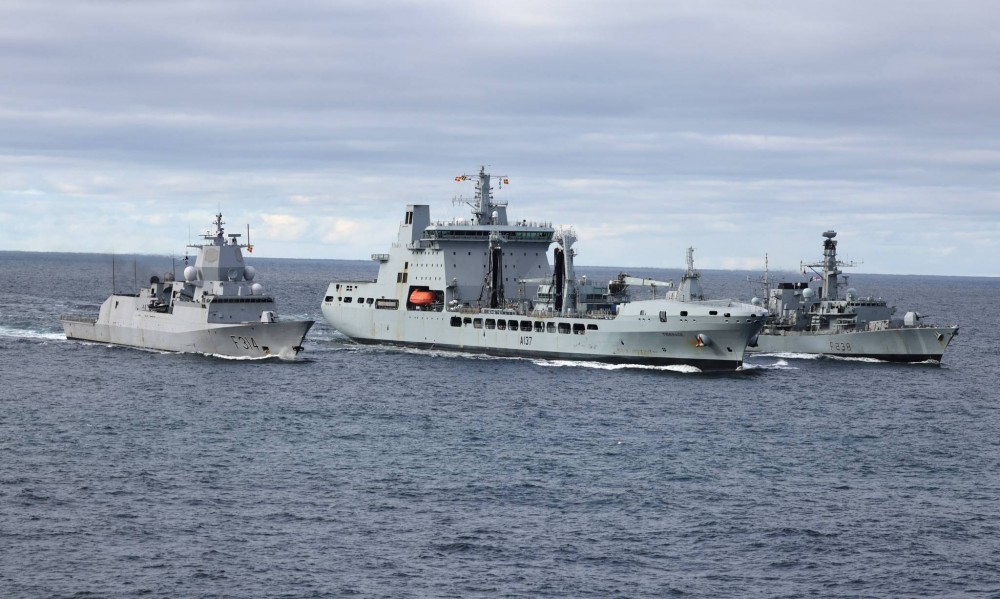 The Norwegian and British warships sailing just north of the Kola Peninsula were closely shadowed by the Northern Fleet. “This is part of the new normal,” a Norwegian navy commander said.
Read in Russian | Читать по-русски
By

For the third year in a row, the British navy sails into the Barents Sea for Arctic navigational training. Norway’s “Thor Heyerdahl” frigate sailed along as the frigate “HMS Northumberland” and supply tanker “Tiderace” this September operated north.

“Increased allied presence in Norway and in our neighboring areas is a part of the new normal. We see that our allies have their eyes directed towards the north, and more often utilize our surrounding areas to train and operate. This increased allied focus is welcomed by Norway, and important for our security”, said commander Pål Gudbrandsen, acting commander of the Royal Norwegian Navy.

In the spring of 2020, it sparked debate in Norway when the first U.S. and British surface warships sailed into the southern Barents Sea. The same autumn, however, a Norwegian frigate joined when the two same navies sailed north of the Kola Peninsula.

The voyage this September took place north of the territorial waters of both Norway and Russia in the Barents Sea.

Outside the Kola Peninsula, Russian navy vessels shadowed the British and Norwegian ships, the Norwegian armed forces informs. The Kola Peninsula is home to the Northern Fleet’s bases for ballistic missile submarines and other navy assets.

The British sailors at the same took a moment to pay tribute to the men of one of the ill-fated Arctic convoys of the Second World War. The 1942 convoy PQ 18, consisting of forty merchant ships from Scotland, escorted by Royal Navy destroyers was attacked by Nazi-German submarines, warships and aircraft operating from coastal airbases in Norway.

13 of the 40 ships bringing allied help to Arkhangelsk were destroyed.