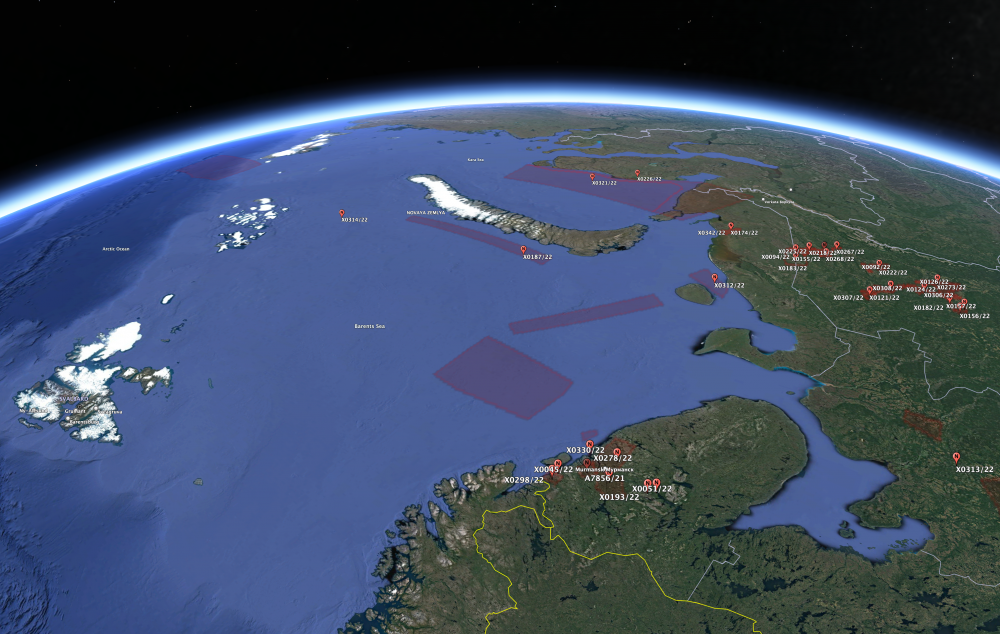 These areas marked red in the Russia's Arctic were closed off with warnings to civilian air traffic on Wednesday as the Ministry of Defense and Kremlin launched a massive nuclear weapons exercise. Source: NotamMap / Google Earth / Barents Observer

For the second time this year, President Vladimir Putin ordered a massive nuclear weapons exercise. Last time was a few days before the invasion of Ukraine in late February.

“During the event, the level of preparedness of military command and control structures, and the skills of the leadership and operation staff in the troops were checked,” the Kremlin said in a statement.

The President’s office added that all tasks were fulfilled, all missiles reached their targets.

While Putin oversaw the exercise, his Defense Minister Sergei Shoigu and Chief of Staff of the Armed Forces, General Valery Gerasimov, gave the orders to the involved strategic nuclear forces.

“The following are involved in the training: the Yars mobile ground missile system of the strategic missile forces, the strategic ballistic submarine “Tula” of the Northern Fleet, two Tu-95 strategic long-range missile carriers,” the General said.

The image is captured earlier in October and shows a Delta-IV class submarine at the loading facility for missiles at the base on the coast of the Barents Sea.