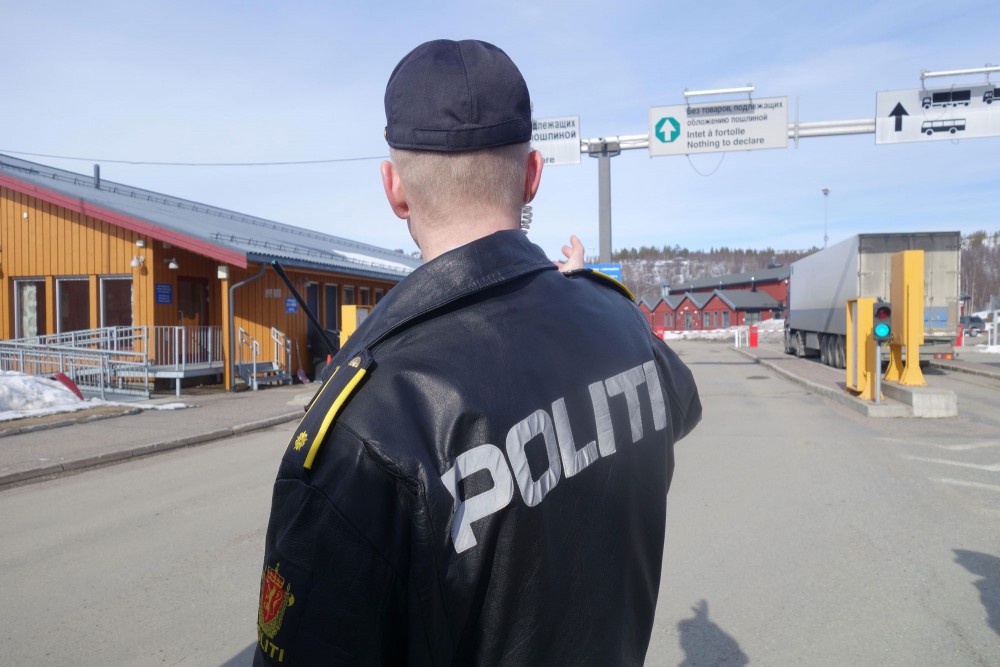 The Russian citizen was detained by police after two drones were found in his luggage at the Storskog border crossing point. Photo: Atle Staalesen

A Russian citizen has been detained on the border crossing point of Storskog after police found two drones in his luggage. The detention comes after unidentified drones repeatedly have been spotted near oil and gas installations.
Read in Russian | Читать по-русски
By

The charges include breach of sanctions introduced following Russia’s attack on Ukraine. Since the onslaught started in February this year Russians are not allowed to fly drones in Norway.

The man reportedly admits that he has used the drones on Norwegian territory. Police also found several data storage units in his luggage.

Charges could ultimately be extended. The case will now be taken over by the Norwegian security police (PST).

The detention comes after unidentified drones on several occasions have been spotted near Norwegian industrial installations, including oil and gas plants and infrastructure. The number of drone observations have significantly increased following the blasts of the Nord Stream pipelines in the Baltic Sea.

On the 11th of October, Police in Hammerfest, northern Norway, informed that a possible drone observation had ben made near the local Melkøya LNG plant.

Norwegian Minister of Justice Emilie Enger Mehl does not want to speculate whether or not the detained drone pilot could have been involved in espionage.

“I can not comment on specific cases, but it is clear that the intelligence threats against us are increasing following developments in Europe,” she told NRK.