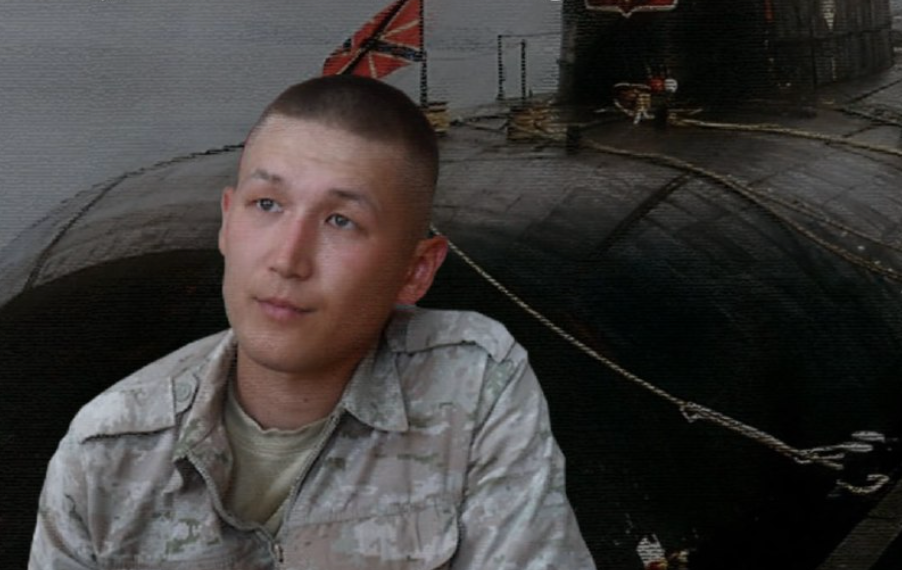 Danis Ishmuratov (25) with a photo of his father's submarine, the Kursk. Screenshot from Kommersant video interview / Telegram

25-year-old Danis Ishmuratov was the son of Fanis Ishmuratov, one of the 118 sailors killed when the "Kursk" submarine exploded in the Barents Sea in August 2000.
Read in Russian | Читать по-русски
By

This is what Danis Ishmuratov told Kommersant in a video interview last year.

He died in the war in Ukraine, the press service of the administration of his hometown in the Baismaksky district of Bashkortostan told Kommersant.

Like thousands of other Russian soldiers killed in Ukraine, the circumstances of his death are not disclosed.

The 25-year-old man was in Ukraine as a contract soldier.

Danis was only three years old when his father, Fanis Ishmuratov, was killed in the Barents Sea. The Northern Fleet’s nuclear-powered submarine “Kursk” exploded and sank during the first large naval exercise after Vladimir Putin took over as President.

Most crew members were killed instantly as the torpedo compartment exploded. 23 of the 118 sailors managed to make it to a small compartment in the rear of the ill-fated submarine.

Fanis Ishmuratov was one of them.

They stayed alive for several hours after the explosion but then died when all oxygen was consumed. The Government’s investigation concluded that the cause of the disaster was “stunning breaches of discipline, shoddy, obsolete and poorly maintained equipment” was the cause, along with “negligence, incompetence and mismanagement.”

Danis said in last year’s video interview that he “wanted to catch up with his father in uniform.”

He wanted to be an officer.

“I dream of being the rank of officer, raising many children, at least seven,” he said and added that he wanted “to have a house, a sauna, children, so my mother would be happy with her grandchildren.”

The widow mother has instead also lost her son in uniform with the Russian armed forces.

The “Kursk” submarine was based in Vidyaevo, a closed navel town on the coast of the Barents Sea. Halfway between Murmansk and Russia’s border with Norway.