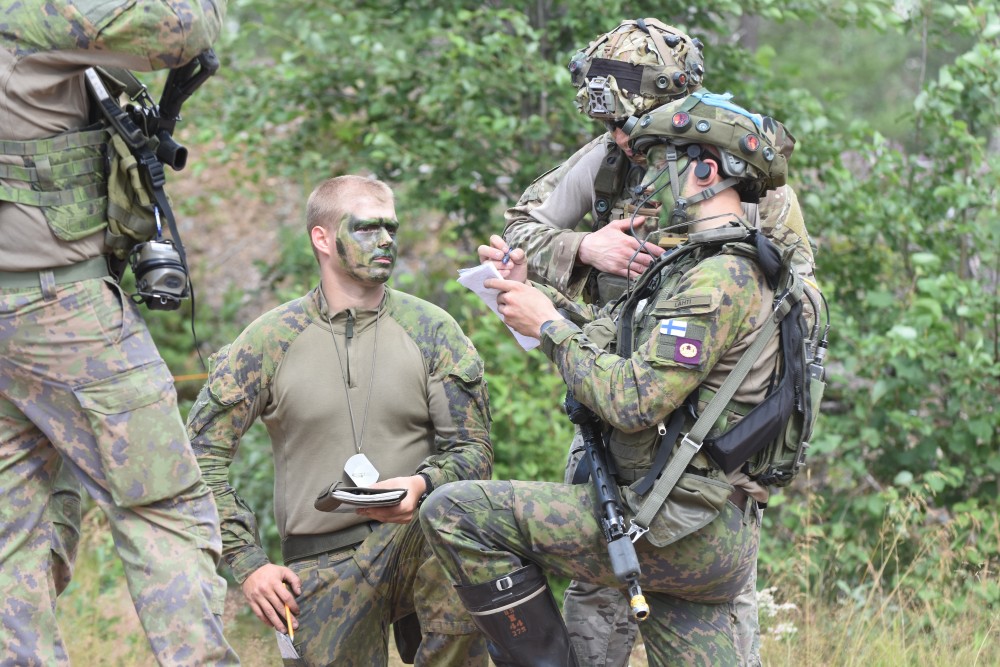 The defence ministers of Finland, Norway and Sweden signed an updated statement of intent on Tuesday in Oslo that prioritises operations planning in the North.
Read in Russian | Читать по-русски

The three countries all share borders in the Arctic.

“A central aim of this cooperation is to enhance and strengthen operations planning among the Participants in areas of common concern, especially the northern parts of Finland, Norway and
Sweden (North Calotte and expand to other areas as required).”

The statement also pledges to improve the ability of the three countries’ militaries to operate in conjunction with each other.

“In light of the security situation, cooperation and unity among likeminded nations is paramount,” the Statement of Intent on Enhanced Operational Cooperation said. “For this reason we are determined to take combined measures aiming at enhancing and improving our ability to conduct military operations.”

‘This will serve as a deterrent against aggression’

Russia’s invasion of Ukraine this year has transformed the security picture in Europe.

Russia is not mentioned in the statement, but the three Nordic countries said the changing security environment demands closer military cooperation and the ability to operate easily with each other.

“We will make the necessary preparations to enhance our defence capability, interoperability, readiness and ability to provide military support among the Participants,” the document said. “This will serve as a deterrent against aggression.”

Russia’s invasion of Ukraine prompted both Sweden and Finland to apply for NATO membership earlier this year.

Their applications were approved and the accession protocols for both countries were signed on July 5. The 30 member countries must now ratify the protocols. Turkey and Hungry are the remaining two countries to do so.

Tuesday’s statement says once with the process is completed, it will further facilitate defense cooperation in the region.

“Finland and Sweden’s aspirations to become members of the North Atlantic Treaty Organization (NATO) will, after the completion of the accession process, transform our trilateral defence
relationship into an arrangement between NATO Allies,” the document said.

“This will provide further opportunities for even deeper defence cooperation.”

“As all the Nordic countries will be allies in NATO, we have decided to update the NORDEFCO Vision to reflect this new strategic reality,” the said in a statement posted on the government of Norway’s website. “The new Vision will guide the development of future Nordic defence cooperation between allies.”

The statement is not a legally binding document and involves no obligation on any nation to take military action.

Norwegian military watchtower got electricity from this Russian hydro-power plant. Then it was cut off