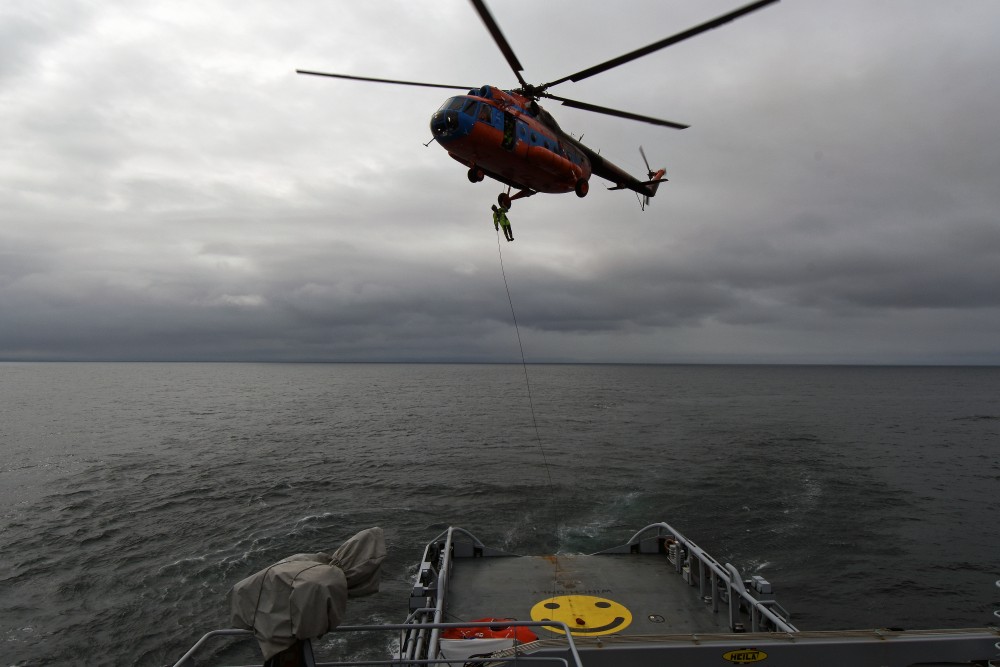 A Russian Mi-8 rescue helicopter in action during a SAR-exercise in the Barents Sea, northwest of Murmansk. Photo: Thomas Nilsen

The new helicopters are part of Russia’s enhanced search- and rescue preparedness for the Northern Sea Route and Arctic regions.

Four similar Mi-8 choppers designed to operate in harsh Arctic climate will be delivered, of which two will fly out of Murmansk airport, where the region’s aviation rescue center is located.

The Mi-8 is bigger and has longer range than today’s Ka-32 helicopters operated by the rescue service.

It was during his Murmansk visit last week that Minister Aleksandr Kurenkov with the Emergency Ministry informed about deliveries of the new rescue helicopters.

Russia has over the last decade improved search- and rescue capabilities at several centers in the Arctic regions from the Kola Peninsula in the west to the Chukotka Peninsula in the Far East. Rescuers have over the past five years been involved in more than 1,500 rescue operations in the Murmansk region, saving more than 450 people.