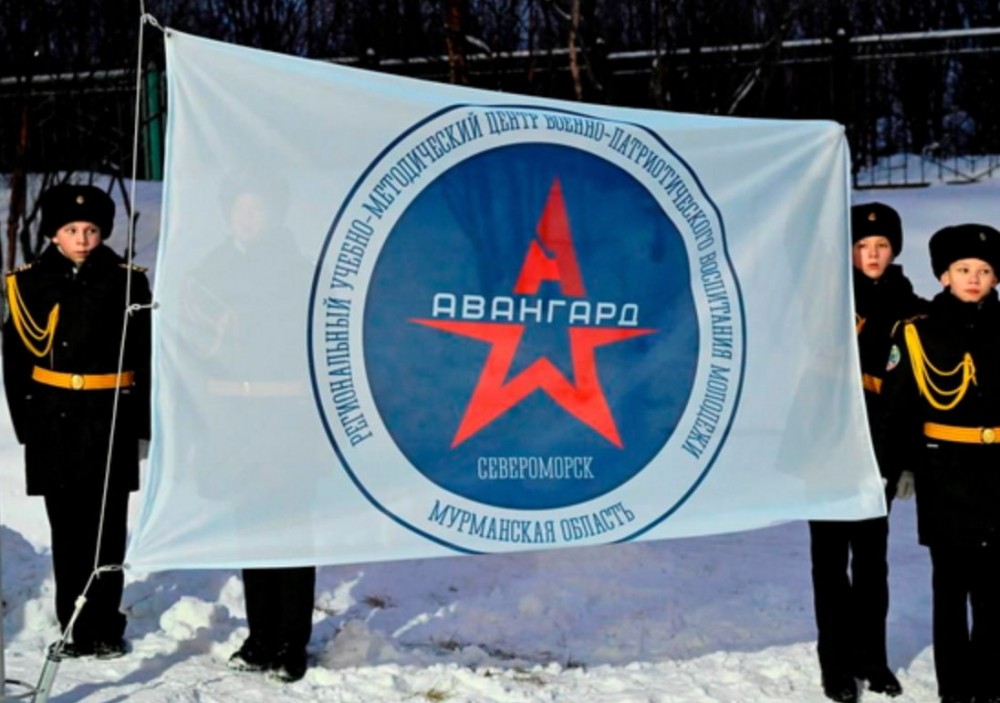 "I am convinced that you are the future of Russia and that many of you will devote your lives to service for the Motherland," Northern Fleet Head Commander Aleksandr Moiseev told local school kids as he opened the new youth training center Avangard.
Read in Russian | Читать по-русски
By

The training center in so-called ‘military-patriotic youth upbringing’ is located in the premises of the Severomorsk Military School and established on order from the Kremlin, the Northern Fleet informs.

The first 20 kids are already undergoing a week-long training program in the center situated few kilometers north of Murmansk City. It will include teaching in first aid, general military theory, as well as rules of radiation, chemical and biological protection. In addition comes training in sport, shooting and marching.

According to Head Commander Moiseev, service for the motherland is the “main mission of every man.”

“I am proud that I have devoted my life to the protection of the Motherland [and] I am convinced that you specifically are the future of Russia and that many of you […] will give your lives to such service,” the admiral underlined in the opening ceremony.

On site was also Murmansk Governor Andrei Chibis. According to the regional leader, the new center will help create new heroes and defenders of the Motherland.

“Our country has always been famous for its heroes, real men, protectors of the Motherland, and today defensemen from Severomorsk are battling for our freedom and security as part of the special military operation,” Chibis said about the north Russian warriors that now take part in Russia’s bloody war against Ukraine.

“Guys, I wish you success and luck, be honorable sons of the Motherland, real champions and men!” he underlined.

The Avangard center in Murmansk is one of many similar institutions recently opened across Russia. The main Avangard Center opened in Moscow in 2020 on a 25,8 hectare area. It can accommodate 600 kids at a time, and a total of 30,000 per year.

The Avangard center in Arkhangelsk in the course of 2022 provided training to a total of 952 ninth grade students from 127 schools across the region, the center informs.

Military training constitutes a key part of the course programs and the youngsters are encouraged to choose careers in the Armed Forces. Ultimately, many might end up conflicts zones.

The Avangard centers interact closely with military youth organizations like Yunarmiya, the “Youth Army” established by the Ministry of Defense.