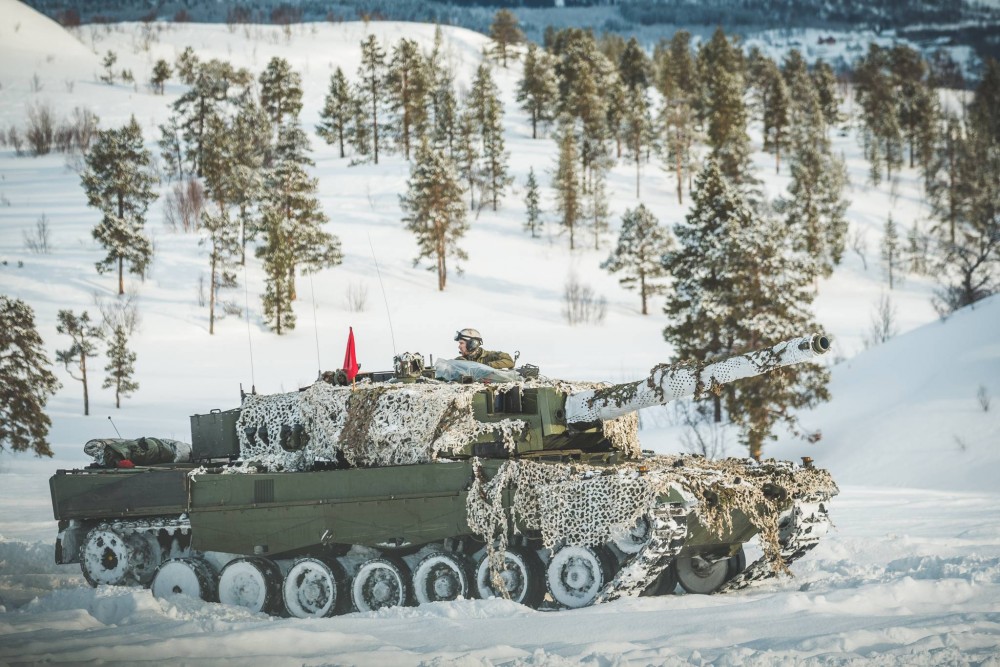 Lepoard 2A4 tanks are used by both the Armored Battalion at Setermoen in Northern Norway and by the Telemark Battalion in the south. Photo: Ole-Sverre Haugli / Norwegian Armed Forces

Defense Minister Bjørn Arild Gram on Wednesday confirmed that Leopard 2A4 tanks will be sent to Ukraine.
Read in Russian | Читать по-русски
By

The squadron with Leopard 2A4 main battle tanks is one of the main weapons for Norway’s Armored Battalion at Setermoen, some 300 km inside the Arctic Circle. Now, some of the tanks could be sent from ice-cold Northern Norway to the battlefields in Ukraine to help fight back the Russian aggressors.

“It will be backed by training of Ukrainian soldiers and financing.”

The Defense Minister said it is important for Norway’s security to stop Putin.

He would not elaborate on how many tanks are to be sent to Ukraine.

Norway has previously supported the country with training of soldiers, ammunition, artillery, rocket launchers and gear to soldiers, in addition to humanitarian, medical and assistance to civilian infrastructure.

The announcement comes the same day as Germany and US decided to send tanks.

The Leopard tanks, in different models, are German-made. Poland, Spain, Sweden and Finland are among other countries that previously have said they are ready to support Ukraine’s defense with tanks.

Ukrainian President Volodymyr Zelenskyy said on Twitter that the German tanks and green-lighting for partners to supply similar are “important & timely decisions.”

NATO Secretary General Jens Stoltenberg said in a tweet that he “strongly welcomes” the decision by Germany in providing Leopard tanks in consultation with other NATO allies and partners.

“At a critical moment in Russia’s war, these can help Ukraine to defend itself, win & prevail as an independent nation,” Stoltenberg said.

Earlier Wednesday, the Kremlin vowed that Western-supplied tanks would be destroyed on the battlefield if sent to Ukraine.

“Technologically, this is a failed plan. This is an overestimation of the potential that this will add to the Ukrainian army. These tanks burn like all the rest. They are just very expensive,” Kremlin spokesman Dmitry Peskov said according to The Moscow Times.