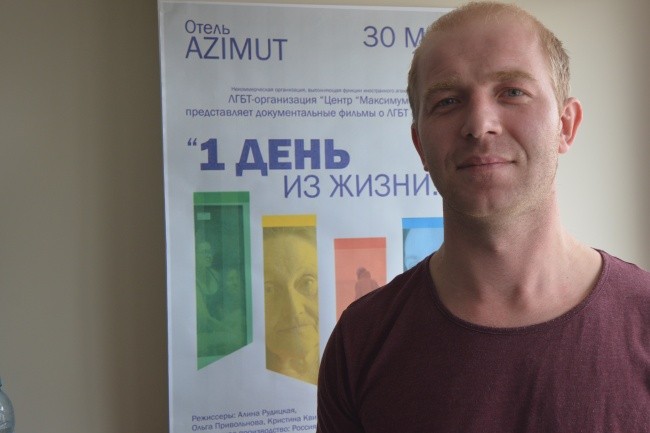 Warning! The following sentence is unlawful to publish: “Being gay means being brave and confident person, with dignity and self-esteem.”
By

Sergey Alekseenko is charged for violating the law on propaganda of non-traditional sexual relationships among minors.

Alekseenko is former director of Murmansk-based Maximum, an NGO providing legal advice, psychological services or support for any pro-LGBT persons in Murmansk. After being branded as “Foreign Agents” in February by Russia’s Ministry of Justice, Maximum closed down its activities.

The charges against Sergey Alekseenko are based on an expert report claiming that a post on Maximum’s page on VKontakte, a Russian social media network, which contained a sentence considered being propaganda for gay-sex.

The post stated: “Being gay means being brave and confident person, with dignity and self-esteem.”

Maximum’s page on VKontakte was marked +18. According to the portal of the Russian LGBT network, the plaintiffs in the case against Alekseenko were parents of minors that visited the VKontakte.

No date for a court hearing is yet set, but Sergey Alekseenko says he intends to prove the unlawfulness of charging him with propaganda of non-traditional sexual relationships.

“The investigation was carried out with multiple violations. First, the protocol that was filed on December 12 concerned specifically the director of the interregional non-governmental organization Maximum. But this organization was dissolved on October 10. Neither the parents nor the adolescents themselves had been questioned. Moreover, the investigation lasted almost a year, while the case had been initiated in January 2015; consequently, the statute of limitations has already expired,” Sergey Alekseenko argues.

There is a strong wind of homophobia in the Russian society. In 2013, Patriarch Kirill, head of the Russian Orthodox Church said that the idea of same-sex marriage was “a very dangerous sigh of the Apocalypse.”

The law that ban distribution of propaganda to minors which promotes non-traditional sexual relationships was passed in June 2013. The Federal law came after several regions had adopted administrative sanctions against promotion of homosexuality. Arkhangelsk Region was one of the first to introduce such regional legislations.