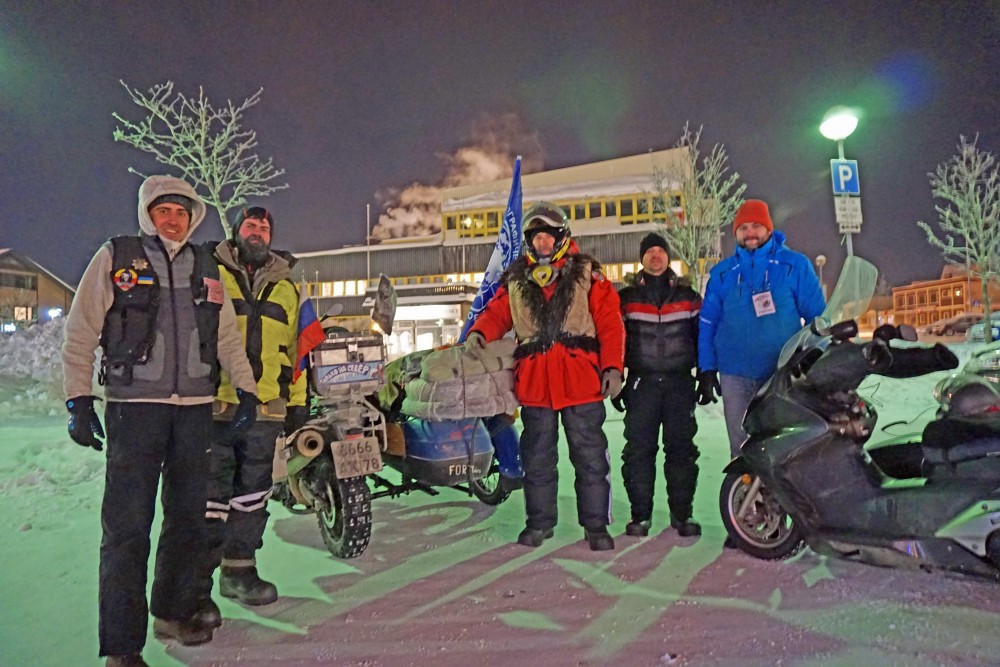 The bikers took a short break in Kirkenes before continuing towards the North Cape. Photo: Thomas Nilsen

Arctic motorbiking in minus 40

We expected it to be slightly warmer, the Russian motorcyclists admit as they continue their expedition towards the North Cape.
By

”You need to be well dressed and have the right equipment”, expedition leader Oleg Kopkaev says to the Independent Barents Observer as the bikers take pit stop in Kirkenes, Norway.

On their way from St. Petersburg to Murmansk, temperatures dropped to minus 40 subjecting the drivers and the machinery to serious pressure. Only five are left of an original group of 16. Several of the bikers gave up in Murmansk as motorcycles broke down, Kopkaev says.

”If we had been afraid we would not have done it”, Kopkaev underlines. He is not concerned about getting a technical problem in the Arctic wilderness, far away from settlments and assistance.

”If there will be a problem”, we will simply fix it, he says confidently.

The expedition is supported by the Russian Geographical Society and flags of the government-supported organization is waving on the bikes. ”The Society wants to support us because we are traveling around and get such a close contact with people and nature along the way”, Kopkaev says.

After North Cape, the group will head towards Oslo and from there further to Germany.