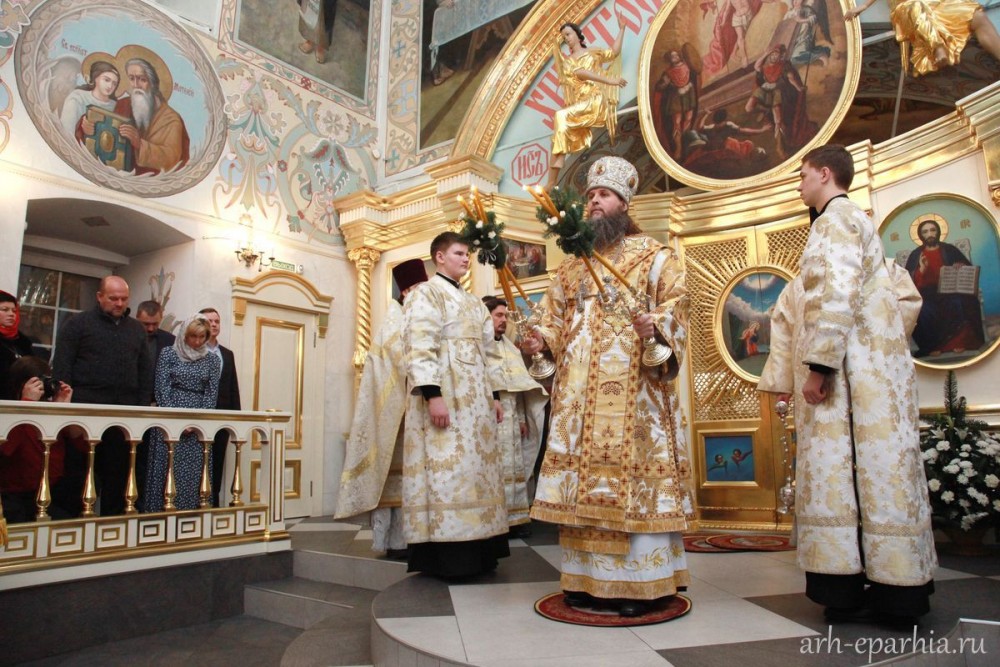 Merry Christmas from the Russian North

On live TV and in the presence of the region’s politicial elite, Arkhangelsk Metropolitan Daniil yesterday wished Russian northerners a Merry Christmas.
By

Today, we celebrate the coming of God to our earth, Daniil said in yesterday’s Christmas church sermon in the Ininsky Cathedral in Arkhangelsk. ”Let peace and silence enbrace our hearts”, he continued in his address to the congregation, packed together in a full church room.

Russia celebrates Christmas on 6th January in line with the Julian calendar.

Metropolian Daniil is the highest-ranking cleric in the Russian North. His diocese covers Arkhangelsk Oblast and the Nenets Autonomous Okrug, including the archipelagos of Novaya Zemlya and Franz Josef Land.

Christmas in the Arctic