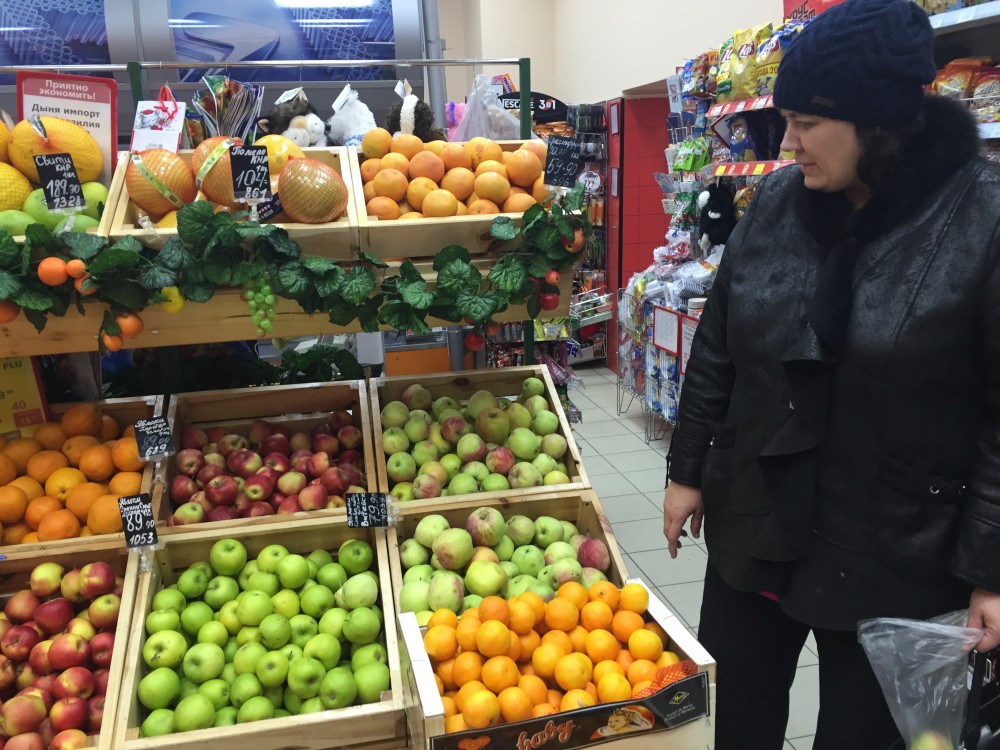 Fruits and vegetables are among the products which have the strongest price increase in Russia. Photo: Atle Staalesen

Several of the key ingredients in the traditional Russian menu saw the highest price hike in 2015. According to data made available by the Russian Statistical Service this week, the overall year-on-year price increase on Russian foodstuff amounted to 14,5 percent.

Figures from Russian regions shows a inflation rate in line with the federal average. In Arkhangelsk Oblast the consumer price increase in 2015 amounted to 13 percent and in Murmansk Oblast – 15,4 percent. In Murmansk the biggest price increase was on suger (42%) and beans and grits (42%), the regional statistical office informs.

The price increase comes as salaries in the country is on the decrease. That stirs trouble for many Russian families. The number of Russians with salaries below the official minimum wages in the course of 2015 increased with almost 13 percent to a total of 20,3 million people, newspaper RBC reports with reference to Rosstat.