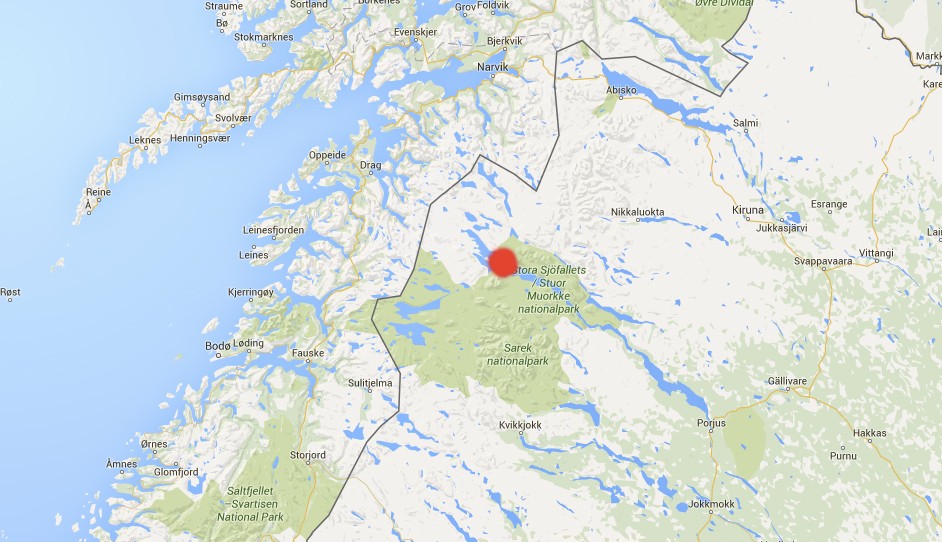 Captain and First Officer missing: Crash site located near the Norwegian border by the lake Akkajaure.
By

“Swedish and Norwegian search and rescue teams were notified. The crash site was located at 03:10 near the Norwegian border by the lake Akkajaure in the Swedish Lapplandsfjällen by air rescue services with support from Hovedredningssentralen in Norway,” West Atlantic, the operator of the aircraft writes in a press-release.

It was a Norwegian F-16 jet fighter that first discovered the crash site, the Joint Rescue Coordination Centre of Northern Norway reports. The F-16 was based at Bodø main base. The crash site is some 120 kilometers northeast of Bodø, on the Swedish side of the border.

In addition to the Norwegian fighter jets, helicopters from Evenes, Bardufoss and Banak in Norway as well as helicopters from Gälliväre and Umeå in Sweden were scrambled for the search- and rescue operation.

The crew missing crew are the Pilot (42) and the First Officer (34), West Atlantic reports.