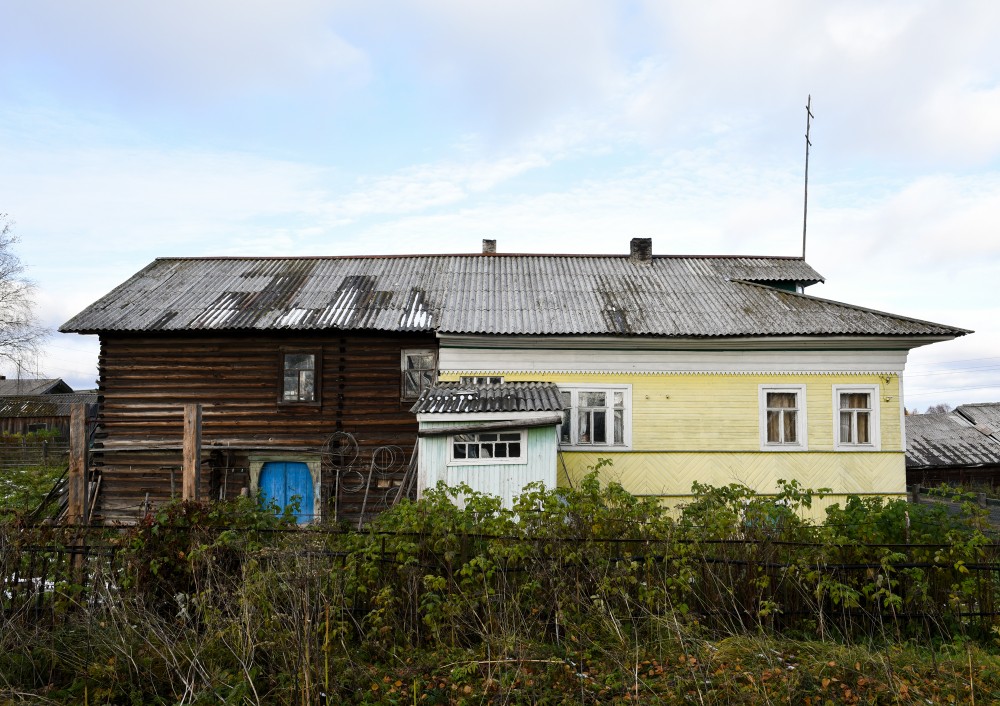 Did building traditions in Varanger come from Karelia?

Combined houses for livestock and people used to be the most common building style along the Varanger Fjord in Finnmark. Two researchers went to Karelia in Russia to track the origins of the style.
By

If you drive around the Varanger Fjord, especially along its northern shores, you can see traces of the past in the building tradition. Some of the buildings were spared from the Nazi’s tactics of scorched earth during the Second World War, a few of them are dated as long back as the 1850s.

Many of the houses along the fjord are so-called combination houses, where cowsheds and living quarters were built under the same roof, only separated by an inner passage. The houses are called “Varangerhus” (Varanger houses), and are unique for this area in Norway.

Varanger houses have all functions connected to farming under one roof. They could contain stables, hayloft and storage rooms in addition to living rooms. They are practical and well suited for the harsh climate of the north. You did not have to leave the house to take care of the animals, you could exploit the heat from the animals, and you would save a lot on building materials.

This way of building farmhouses came to eastern Finnmark together with a large influx of people from Finland during the 19th century. Previous research has shown that this building style can be traced to other northern regions – Russia and Karelia.

Monica Milch Gebhardt from Varanger Museum in Vadsø and architect Randi Berit Sjølie travelled to the Russian part of Karelia to study the building style, and their trip has now resulted in an exhibition called “Varanger house – the flexible combination house.”

The researchers found that combination houses like the ones in Varanger can be found in more than 100 villages along the western shores of the White Sea – on the Kola Peninsula and in Karelia.

“To come to Karelia was a great experience, it was like walking around in a huge collection of Varanger houses,” says Randi Berit Sjølie, one of the researchers. “We might as well have called them “Karelia houses”, she said at the opening of the exhibition at the Grenselandmuseet in Kirkenes.

The last combination houses in Varanger were built right after the Second World War. From the 1960s farming on a small scale became less common, and the houses lost their original purpose, the researchers say.