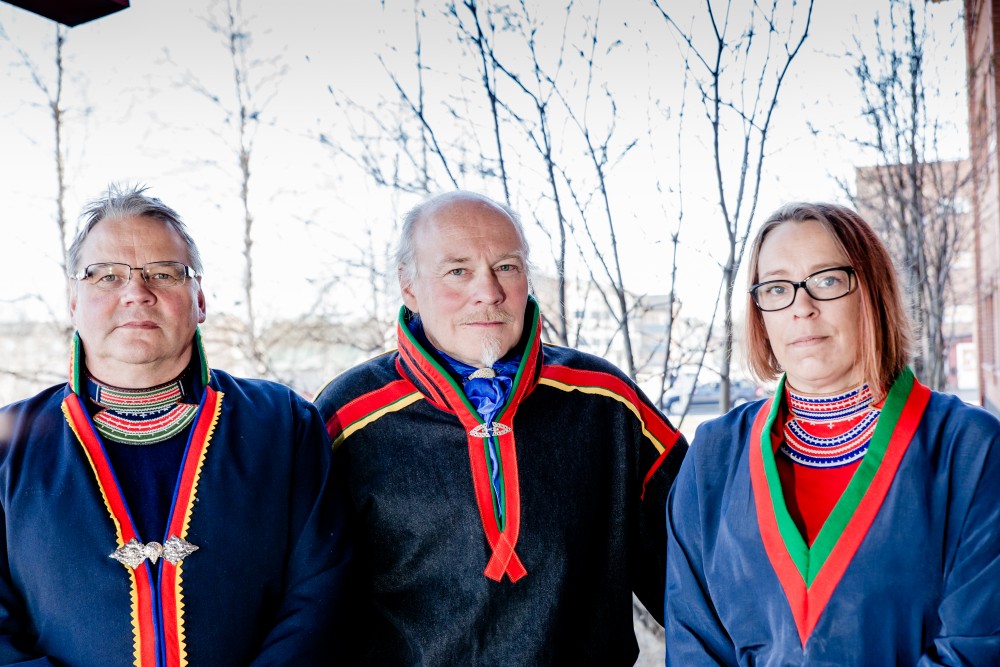 Sami from Sweden today won a historic court case over the state. The man in the middle is Matti Berg, head of Girjas Sami village. Photo: Carl-Johan Utsi/Sapmi.se

The Sami population of the village of Girjas in Northern Sweden has won a historic case against the state in a long-running battle over land rights.
By

A decision in Gällivare district court on Wednesday granted the Sami village of Girjas exclusive rights to control fishing and hunting in the area, restoring powers that were stripped from the Sami people by Sweden’s Parliament in 1993.

Girjas, a village of reindeer herders whose territory covers some 5,500 square kilometers in Lapland, filed legal action in 2009, supported by the Swedish Sami Federation.

“This truly is a historic day. We Sami are not used to winning cases like this”, President of the Sami Council Aile Javo says to SVT.

Even if the court decision only concerns a small area of land, she believes it can be of big importance for the whole of Sapmi, the cultural region traditionally inhabited by the Sami people. “Girjas has paved the way for other Sami villages in Sweden, and I believe we will see more such court cases. Sami all over the north can now see that it is possible to win”.

Sapmi stretches over four countries: Norway, Sweden, Finland, and Russia. The Sami Council is the cooperation organization of Sami in all four countries.

Lawyers for the state claimed that the indigenous status of the Samis was irrelevant to the case. “Sweden has in this matter no international obligations to recognize special rights of the Sami people, whether they are indigenous or not,” they said.

In an open letter in Dagens Nyheter last summer, 59 academic researchers from different Swedish universities condemned the lawyers for using “rhetoric of race biology” and said that the state’s use of research in the trial “posed a threat towards Sweden as a constitutional state and nation built on knowledge”.

Some locals of the non-Sami population in the area are suspicious and fear that the court decision can lead to restrictions on snowmobiling and moose hunting, SVT reports.

The Swedish state has three weeks to decide if it will appeal the court decision. The state is also imposed to pay the costs of the trial of nearly SEK 14 million (nearly €1,5 million).