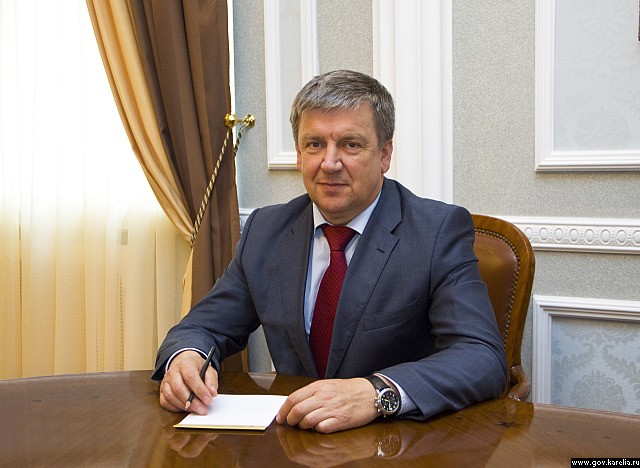 After having received a reprimand from President Putin, Governor of Karelia Aleksander Khudalainen, dismissed his whole government.
By

The reason for the dismissal is failure to follow up a state program on resettlement of people from dilapidated housing - the same Khudalainen was criticized by Putin for.

“At a meeting with members of the legislative assembly the Governor announced his decision to dismiss the Government of Karelia in connection with the breakdown of the program for resettlement, as well as complaints on other areas of work,” the governor’s press secretary Marina Kabatyuk said to RIA Novosti.

A decree on the dismissal will be signed in the near future. Khudalainen believes his decision will increase the efficiency of the government and lead to the president’s orders being executed on time, Kabatyuk said.

The governor has ordered the head of the administration and his first deputy to come up with a plan for a new government by March 4. All members of the government will continue in their positions until that date.

The Karelian leader is under criticism from the regional opposition who accuses him of undemocratic conduct and suppression of opponents, among them former city mayor Galina Shirshina.