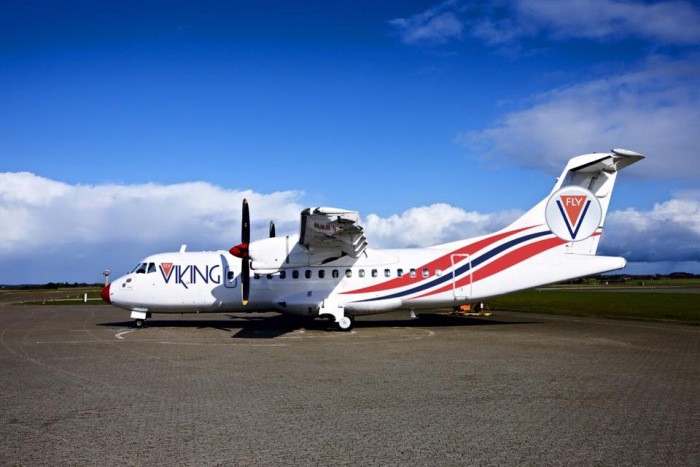 This is what the airplane between Kirkenes and Murmansk could look like. Photo: Ola Giæver

A newly established airliner plans to start commercial flights between Northern Norway and Russia.
By

Norwegian airliner FlyViking is hoping to be able to start flying between Northern Norway and Northwest Russia shortly. The company has leased a Dash 8-103 that will be delivered from Canada to Norway within a few months. The company hopes to start flying the route Trondheim-Bodø-Tromsø-Alta-Kirkenes-Murmansk with this aircraft.

“This is a route with little competition, and we believe the demand is high enough for a profitable operation,” Board Chairman Ola Giæver says in a press release cited by iFinnmark.

The Troms-based company Viking Air Norway was established in 2015 with the aim of competing with traditional airliner Widerøe on the Norwegian network of airports with short runways. The company is founded by Ola O.K. Giæver, former co-owner of Widerøe, Aftenposten writes.

There has not been any commercial airline between Northern Norway and Russia since October 2014, when Norwegian authorities denied Pskovavia to fly the route Tromsø-Murmansk-Arkhangelsk for license holder Nordavia. The route had been in operation for nearly 20 years.