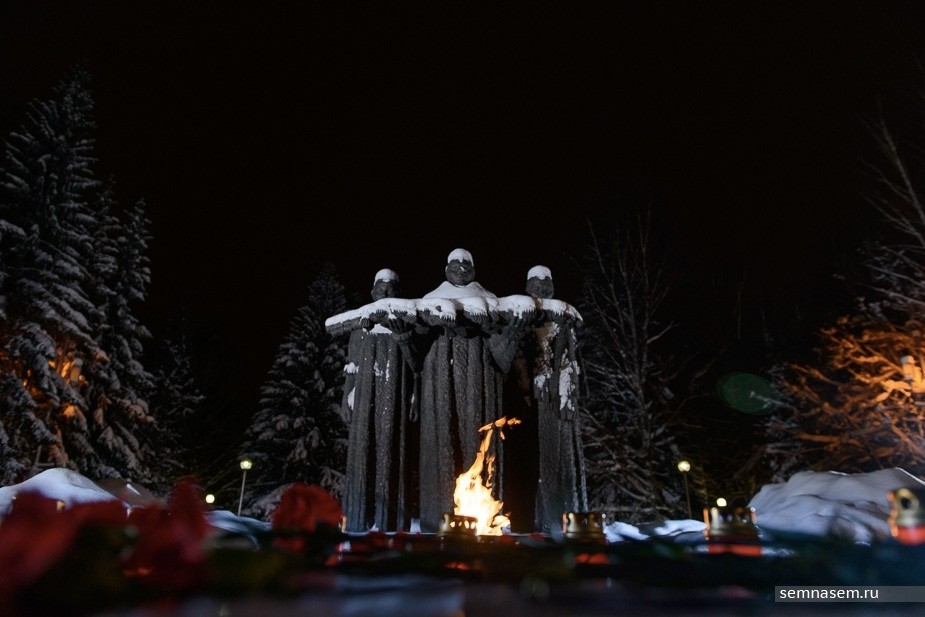 Call this war memorial "the village women frying a crocodile" and you might end up in serious trouble. Photo: Kirill Shein. Semnasem.ru

A court in the Komi Republic decides that independent newsmaker 7x7-journal violated the law when it described a WWII memorial by the slang name commonly used by locals.
By

The 7x7-journal, a newspaper and blogger network covering major parts of Northwest Russia, has to pay a fine of 200,000 rubles after a regional Komi court found that the description of the war memorial is unacceptable.

The memorial includes an «eternal flame» and statues of three women carrying a big broom. Locals call it «the village women who fry a crocodile».

In an interview, the newspaper happened to mention the now prohibited name. That was quickly reported to the authorities by local reader, whereupon the regional Information and Communication Service (Roskomnadzor) took action.

On 16th November 2015, a commission of the Roskomnadzor concluded that the description of the memorial should be deemed as «public desecration of a symbol of war fame» and subseqently sent the case to court.

On January 15th, a local court found the newspaper guilty and gave it a 200,000 ruble fine. The appeal to the Syktyvkar City Court was rejected in early March,  7x7-journal informs.

In a comment, 7x7-journal Director Pavel Andreev calls the court persecution a «farse, which it is difficult to comment on without a laugh».

«Instead of persecuting journalists who convey a local frase, they should persecute the sculptor who made the memorial», he adds.

Andreev confirms that 7x7-journal will appeal the case to the Supreme Court, and, if necessary, to the European Court of Human Rights.