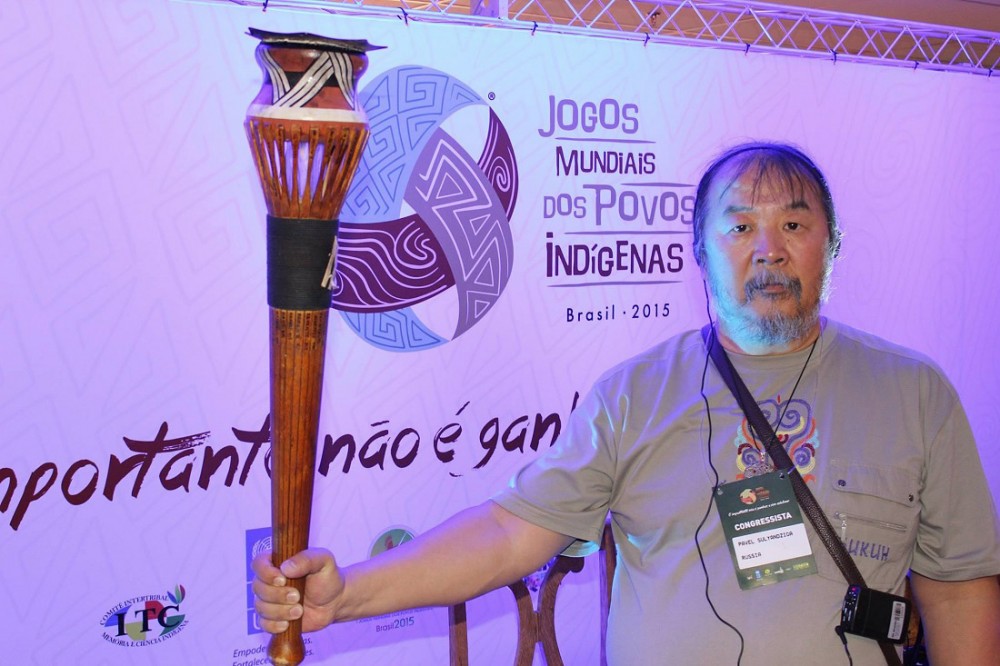 Pavel Sulyandziga is President of the Batani fund. Phtoto: batanifund.org

Russia’s Ministry of Justice has included the UN-related indigenous peoples’ development fund “Batani” in the list of NGO’s declared as foreign agents.
By

The fund, which works to protect indigenous peoples’ rights in Northern Russia and the Far East, was recently declared as foreign agent by the Ministry of Justice’s department in Moscow following an unannounced control of documents, TASS reports.

President of the Batani fund, Pavel Sulyandziga, is known to be one of the most outspoken indigenous rights activists in the Russian Federation. He is a member of the UN Working Group on the issue of human rights and transnational corporations and other business enterprises, tasked with the dissemination of the UN Guiding Principles on Business and Human Rights. He is former first vice-president of RAIPON.

In the end of January, another indigenous peoples’ organization in Russia, the “Center for Support of Indigenous Peoples of the North”, was fined 300,000 rubles for failing to voluntarily register as foreign agent, Independent Barents Observer reported. This organization is lead by Pavel Sulyandziga’s brother, Rodion Sulyandziga.

The mission of the Batani fund is to give assistance to the indigenous peoples of the North in protecting their rights by distributing information, organizing educational activities and encouraging participation of indigenous peoples’ representatives in the political and economic life of the country and abroad.

Through cooperation of indigenous communities, industrial companies, and state and local authorities, the fund strives to implement international norms and standards of indigenous peoples’ rights in Russia, the fund’s website reads.

Batani was in 2008 assigned Special Consultative Status by the UN Economic and Social Council, and the fund’s website wears the UN symbol.