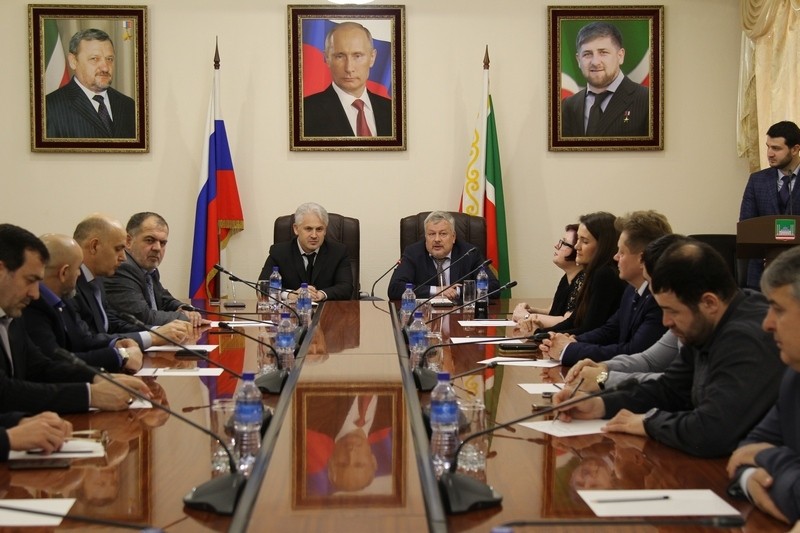 Severomorsk, hometown of Russia’s Northern Fleet has signed an agreement on partnership with Grozny, the capital of the Chechen Republic.
By

In addition to Kirkenes in neighbouring Finnmark, Norway, and Kemi and Tervola in Finnish Lapland, Severomorsk now has a sister city more than 3700 kilometers away.

Mayor of Severomorsk Aleksander Abramov met with Mayor of Grozny Muslim Khuchiyev in the Chechen capital last week to sign the agreement.

“This agreement is of great importance for the strengthening of friendly ties between the towns, for development of bilateral cooperation and more effective use of the parties’ economic, cultural, scientific and technological potential,” Grozny City Hall’s website reads.

In his speech, Khuchiyev thanked Head of the Chechen Republic Ramzan Kadyrov, “without whom it would be impossible to sign agreements with such importance for the region”. He underlined the strategic importance of Severomorsk in Russia as home base of the Northern Fleet.

Severomorsk City Hall is more modest in its announcement of the new partnership, and announces that Abramov visited the Chechen Republic by the invitation of the Mayor of Grozny, and that the signed agreement provides for the development of bilateral cooperation.

Chechen journalists with whom the website SeverPost have been in contact, say that although the agreement is of great importance for the region, they are surprised that Grozny and Severomorsk now are tightening bonds, “as these two towns have no connections at all.”

Aleksander Abramov invited representatives from Grozny to take part in celebrations of the 65 anniversary of Severomorsk, which take place on April 18, TV21 reports.