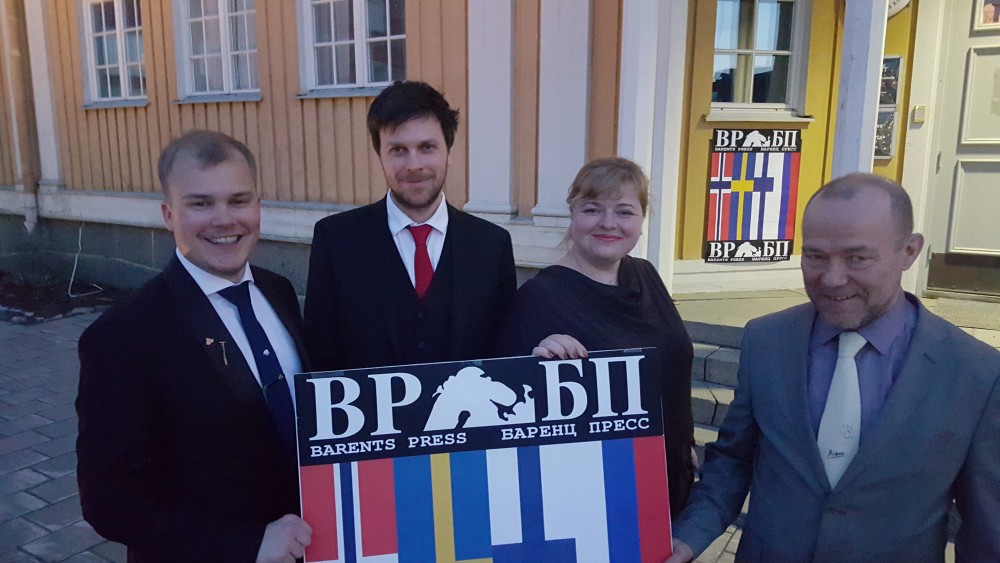 The Foreign Ministry’s bureaucratic accreditation rules hamper cross-border journalism in a period of time when objective information on Russia from western media is more important than ever.
By

This weekend, more than 100 journalists from around the Barents region gathered in the Swedish border town of Haparanda to discuss cooperation.

Being an informal network for journalists in Sweden, Russia, Finland and Norway, Barents Press is the best functioning media collaboration program across borders in northern Europe.

Long distances, many editorial newsrooms with limited economy and differences in culture and languages are, however, not the biggest challenges for cooperation.

“The demand for special journalist accreditation for foreign journalists going to Russia is the biggest problem today,” says Amund Trellevik, a Norwegian journalists working for the national broadcaster NRK in Kirkenes.

Accreditation is something all foreign reporters must have to report legally from Russia. An application must be submitted to the Foreign Ministry in Moscow. All papers have to be in original, in Russian translation, and must therefor be submitted either personally by the reporter or via parcel. The comprehensive list of bureaucratic requirements is posted on the Foreign Ministry’s portal.

Preparing papers, sending them to Moscow, handling in the Ministry and shipping the final accreditation back can take weeks. An accreditation is valid for three months. Then, you have to start the process all over again.

Head of Barents Press Sweden, Tim Andersson, is going to Russia next week.

“I am going to a conference for young entrepreneurs in Oleonets in Karelia. But without accreditation it is hard to know exactly what I can do or not. I can’t report, but can I take a photo?”

Tim Andersson hopes Russia’s Foreign Minister Sergey Lavrov can remove the need for accreditation for journalists from the Barents Region.

Timo Sipola is a reporter with YLE, the Finnish Broadcasting Company, and has been active in the Barents Press network for two decades.

He agrees that Russia’s Foreign Ministry should make a special exemption for journalists in the Barents Region.

“We have a good cooperation here in the north and have a special need for easier ways to work in each others countries. Journalists from Norway, Sweden and Finland should be allowed to report from northern Russia without accreditation,” Timo Sipola argues.

Also Anna Kireeva calls for easing the rules. She is coordinator for the network’s journalists from Karelia, Murmansk, Arkhangelsk, Komi and Nenets regions.

“Something should be done, at least the accreditation should be valid for a longer period, maybe a year,” Anna Kireeva suggests.

Amund Trellevik with Barents Press Norway doesn’t want to have special rules for Nordic journalists reporting from the Russian part of the Barents Region.

“The entire demand for journalist accredition should be scrapped,” he says arguing it’s more important than ever to facilitate for free and open working conditions.

“I understand that Russia has different categories for visas, but the additional accreditation just hinders foreign journalists to work in Russia. Especially now, in times of propaganda from both sides, it is of importance that as many journalists as possible can travel to Russia and see for themselves that not all what western media report about is correct,” Amund Trellevik says and continues:

“The Foreign Ministry can call me if they need tips on how to make it easier for foreign journalists to report from Russia.”