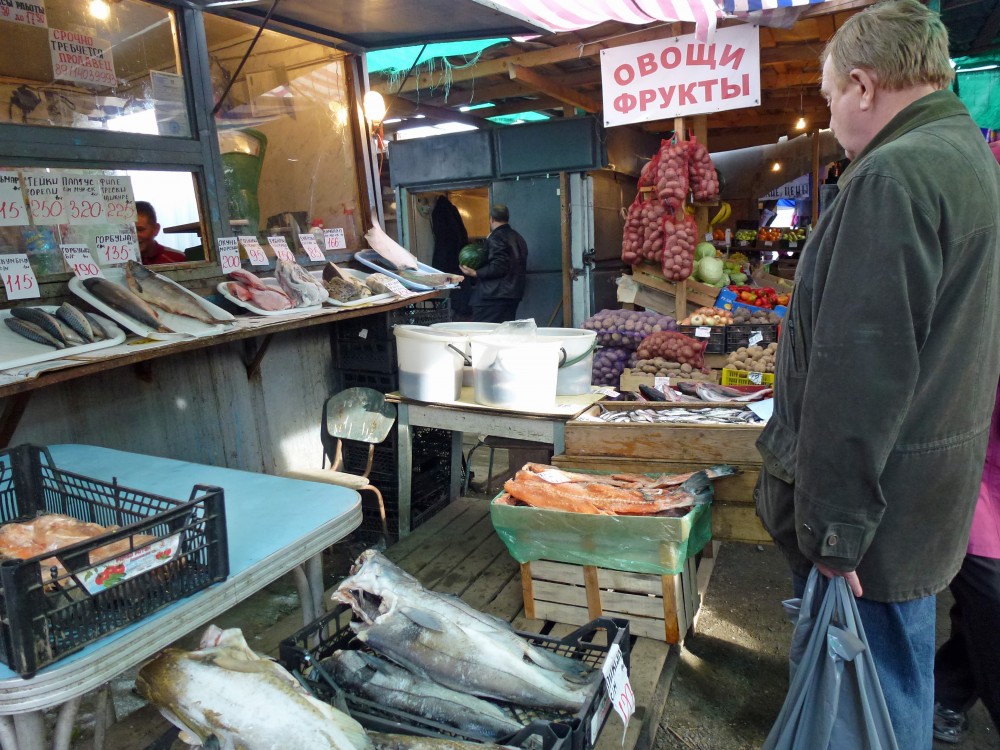 Food prices went up nearly 7 percent in January-March. The prices in this photo are not relevant today. Photo: Trude Pettersen

Half of income is spent on food

Because of the economic crisis Russia is going through, the share of income that people spend on foodstuffs has passed 50 percent.
By

Russians more and more often have to say “no” to goods that non-essential, and in February they spent more than 50 percent of their income on food, according to a monthly monitoring by the Russian Presidential Academy of National Economy and Public Administration (RANEPA).

“This [tendency] is a quite logical reflection of the fact that real incomes are going down. It is known that the poorer the household, the greater part of the budget is spent on food,” the authors of the monitoring say.

In February Russians’ real incomes fell by 6.9% compared to the same period last year, and actual wages fell by 2.6%. In course of the first quarter of 2016 consumer prices increased 8.4%.

The same monthly monitoring says that people are not very optimistic about any imminent change to the better. The majority (80%) say thay are affected by the crisis, and another 15% expect to become affected. Half of the population say that their living standards have fallen.