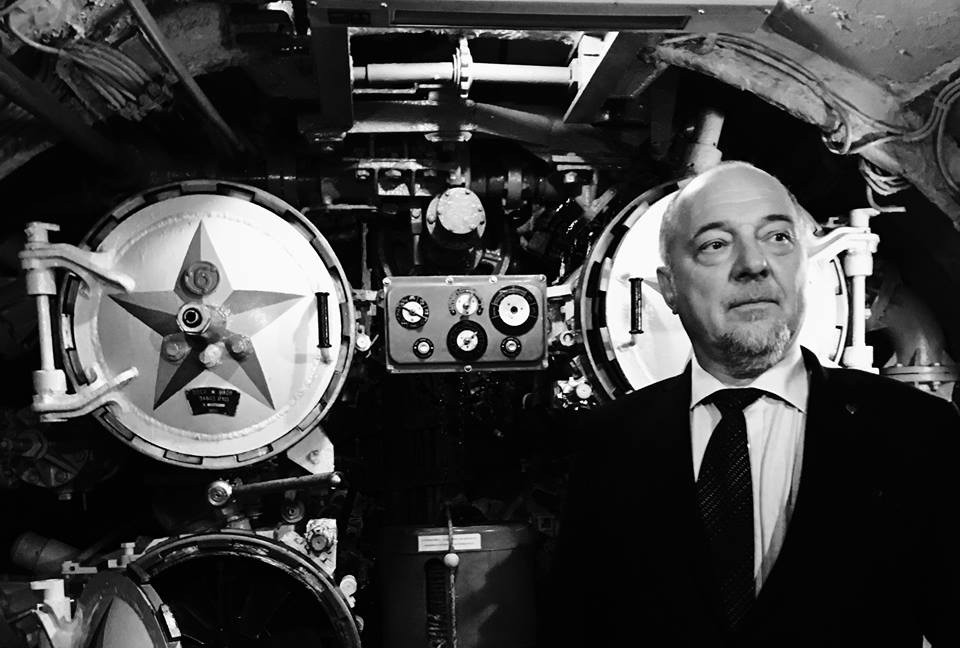 As political chill and Russian militarization strains east-west relations, the Mayor of Kirkenes, the Norwegian border town, goes to Russian Navy headquarters of Severomorsk to sign a friendship agreement.
By

«There is a good atmosphere between the parts», Kirkenes Mayor Rune Rafaelsen says as he returns from a visit to Severomorsk, the city which houses Russia’s Northern Fleet.

During the visit, a friendship agreement between the towns was signed. That includes a string of ambitions, among them cooperative efforts in the fields of education, youth and culture, as well as business development and non-governmental organizations.

The agreement, available on the town website, also includes an ambition to enhance cooperation between the the two towns’ local newspapers.

«Of course, it is not easy to cooperate with a city like Severomorsk», Rafaelsen says to the Barents Observer.

Severomorsk is closed military territory and traveling to the city is strictly regulated. The Northern Fleet is the most powerful of Russia’s five fleets.

Rafaelsen admits that cooperation first of all unfolds on the levels of delegation visits. At the same time, however, he believes the visit shows that there is also a people-to-people dimension in the relationship. Several local groups are involved, among them theaters and sport clubs, he says.

Kirkenes has had a friendship agreement with Severomorsk since 1988 and delegations from the towns every year visit each other.