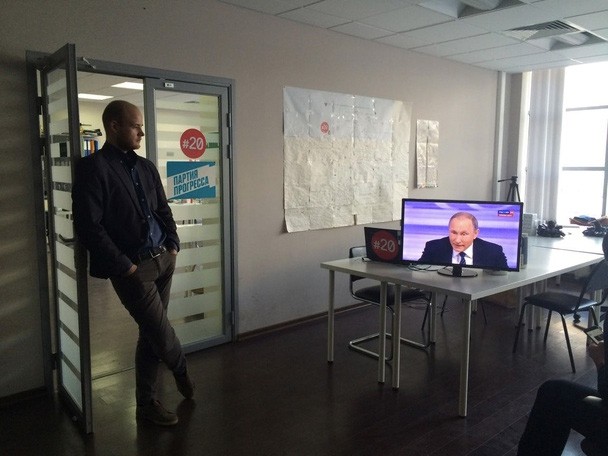 The Anti-Corruption Foundation of Aleksey Navalny is among the organizations under growing pressure from prosecutors. Photo: fbk.info

As parliament elections come closer, prosecutors step up inspections of civil society stakeholders, among them independent media and journalist organizations.
By

The inspections are believed to be connected with the upcoming State Duma elections.

The result is a likely expansion of the list of so-called «foreign agents», as well as new fines against the organizations, Vedomosti writes.

From before, the Pasko Fund for Investigative Journalism and the Siberian Press Development Institute are already on the foreign agent list.

According to Igor Zhdanov, lawyer at the Anti-Corruption Foundation, the main objective of the prosecutors is now to get Navalny’s organization on the list. He insists however that the foundation gets donations only from Russian beneficiaries, and zero from abroad.

The 27-year old lawyer also faces additional trouble. The Russian Investigative Committee recently charged him for illegitimate evasion from military service and he could face up to two years of prison, newspaper Novaya Gazeta reports.

Zhdanov himself links the prosecution with his and his colleagues’ recent registration as candidates for upcoming local elections in Barvikha, the high-end Moscow suburb.