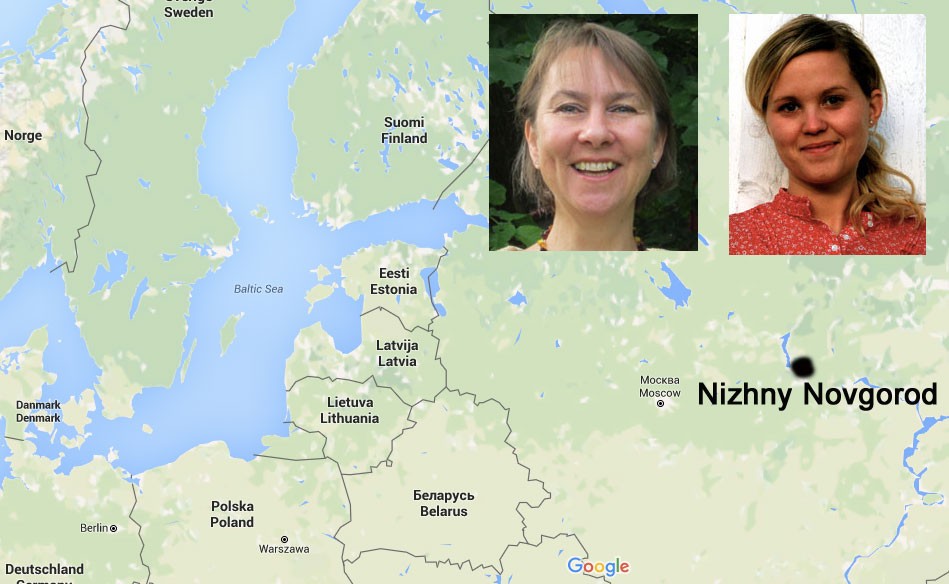 Russian migration service claims Lillian Hjorth and Marit Langmyr from the Human Rights Academy in Oslo had wrong visa.
By

What was supposed to be a five-days course in Human Rights and multicultural understanding for the journalist students at Lobachevsky State University in Nizhny Novgord got a sudden end on Monday.

Shortly after being interviewed by TV-broadcaster LifeNews about the course came Russian Immigration officers and claimed Lillian Hjorth and Marit Langmyr had a visa that does not allow for lecturing.

Hjorth and Langmyr were detained and taken to the Federal Migration Service’s office in Nizhniy Novgorod for interrogation. A few hours later, both were taken to a local court and given a fine of 2,000 rubels each (€26) and expelled from Russia.

Same visa for many years

Speaking to the Barents Observer Wednesday morning after arriving back in Norway, Lillian Hjorth confirms the story, but says there were nothing wrong with the visa she and Langmyr held.

“We from the Human Rights Academy have had this type of visa for many years without problems,” Hjorth explains.

LifeNews quotes sources in the Federal Migration Service saying the two Norwegians had business visa that did not correspond to the reality that they gave lectures. Therefore, they were expelled from Russia.

Director of Communication at the Norwegian Ministry of Foreign Affairs, Frode Andersen, says to the Barents Observer that the ministry is aware of the incident and that the two persons expelled have been in contact with the Norwegian Embassy in Moscow.

“We understand that Russian authorities have pointed to formalities with the visa as reason for the reaction,” Andersen tells.

In a statement posted on its portal, the Human Rights Academy deeply regrets that the course could not be arranged as planned.

Among the topics included in the course were lectures on the international Human Rights system, a lecture by the Ombudsman for Human Rights in Nozhny Novgorod, philosophical fundations of freedom of expression and  journalism.

Lillian Hjorth hopes to continue the cooperation with the universtiy in Nizhny Novgorod.

”We both want and expect to continue our important cooperation activities. Regarding the visa issue, we hope to get correct visa,” Hjorth says.

“Norway regards cooperation between civil society in Norway and Russia to be an important part of our bi-lateral relations. This is the same kind of cooperation as Norwegian authorities supports, and we believe both countries benefits from. It is therefore regrettable if civil society participants are hindered in cooperating with Russian partners because of formalities,” says Frode Andersen.